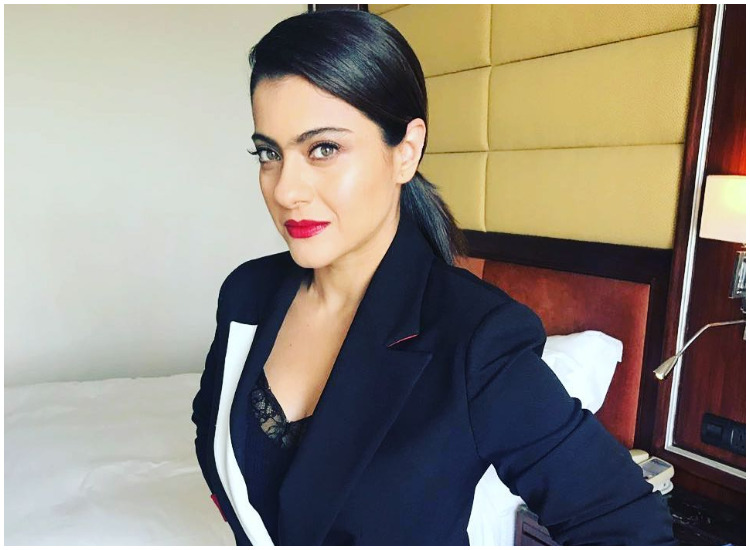 Born in Mumbai, Indian film actress Kajol is the daughter of actress Tanuja Samarth and filmmaker Shomu Mukherjee. Kajol made her Bollywood debut with Bekhudi in 1992. The actress has won numerous awards including Filmfare Awards and Padma Shri.

Kajol took to her Instagram handle to share a video wherein the actress can be seen offering prayer at a temple on Dussehra.

Navrati is here, but due to COVID-19’s physical distancing norm, a lot of celebrations have been cancelled this year. Therefore, here we bring you some of the glimpses of how Bollywood stars playes Sindoor Khela and celebrated Durga Puja.

Yash Chopra death anniversary: Bollywood celebrities you don’t know are related to him

Johars to Garewals, read on to know which celebrity families and popular names are related to the legendary filmmaker.

As the iconic film DDLJ completes 25 years of its release, a lot of celebrities including SRK, Kajol, Anupam Kher, and others shared their happiness. Well, our Twitter world wasn't behind in doing the same as the micro-blogging website was filled not just with interesting tweets and memes but also with fans sharing their favourite moments and memories related to the film.

DDLJ, the acronym it's remembered by today, put young lovers Raj and Simran, played by Shah Rukh Khan and Kajol, at its center as they fall in love while traveling across Europe but learn to balance tradition as the story goes back home to Punjab.

DDLJ fondly completed 25 years and SRK, Kajol and many other people related to the film tweeted and cherished the old memories from the iconic film.

Released on October 20, 1995, the Aditya Chopra directorial, which starred SRK and Kajol, the film Dilwale Dulhania Le Jayenge tells the love story of Raj (SRK) and Simran (Kajol) who live in the UK. The film kicked off the trend of NRI romances on the Bollywood screen

25 Years of DDLJ: SRK-Kajol’s bronze statue to be unveiled at Leicester Square, London

Designer Manish Malhotra designed Kajol's costumes in the film, and from her ethnic suits to the shiny green lehnga she wore in the song 'Mehndi lagake rakhna,' almost all costumes he created for the actress went on to become a rage.

The Shah Rukh Khan and Kajol starrer, Dilwale Dulhania Le Jayenge, is all set to complete 25 years in Hindi cinema on October 20. Actor Uday Chopra, who was an assistant on the set, recalled how the film started the trend of Behind The Scene (BTS) videos in Bollywood.

When Ajay Devgn did not tell Kajol about kissing scene in Shivaay: He apologised later

Kajol and Ajay Devgn got married on February 24, 1999, and since then have been a strong example of a power couple. They have two children together- son Yug and daughter Nysa.

Kajol posted a selfie to Instagram wherein she is seen sporting a face mask. The actor is on a shopping spree as is evident from the backdrop of an elevator and the mall. She is seen sporting a no-makeup look as she covers her face with a black face mask to be protected amid the ongoing coronavirus pandemic.

Kajol recently took to her Instagram to wish mom Tanuja on her birthday. The actress wrote “Happy birthday to the one person who showed me all the avatars of a woman.”

On son Yug's 10th birthday, Ajay Devgn and Kajol took to Instagram and shared pictures and videos of their little boy. In the photo, he can be seen planting saplings while in the video he is seen having fun in the swimming pool.

Bollywood actress Kajol is celebrating her 46th birthday today. On the occasion, husband and actor Ajay Devgn made the day extra special by dedicating a cute post to the actress.

Netflix is all set to announce something huge on July 16. Reports have it that several Bollywood films and series will be releasing soon on the platform. Amid all the hype, several celebrities such as Nawazuddin Siddiqui, Kajol, Fatima Sana Shaikh, Anil Kapoor, and several others have dropped huge hints about the upcoming releases on the streaming platform with #ComeOnNetflix.

"22 years in real and reel. Pyaar To Hona Hi Tha," Ajay Devgn wrote on Twitter and tagged Kajol on the post. He also shared a clip with many moments from the film.