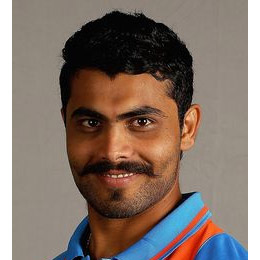 Ravindra Jadeja, also known as Ravindrasinh Anirudhsinh Jadeja, is an Indian all-rounder. He plays as a left-handed batsman in the middle-order and bowls left-arm orthodox spin. He represents Saurashtra in first-class cricket and the Chennai Super Kings in the Indian Premier League (IPL). The Saurashtra-based cricketer made his international debut under the captaincy of MS Dhoni. In the fifth and final ODI against Sri Lanka, captain Dhoni handed Jadeja his ODI cap at Colombo on February 8, 2009. Even though he proved expensive on debut as he conceded 40 runs and remained wicketless, his batting was a sight of watch in the subsequent innings. He scored an unbeaten knock of 60 runs, on the basis of which he made his T20I debut against the same opponents and at the same venue. Jadeja's Test debut came against England at Nagpur in December 2012. 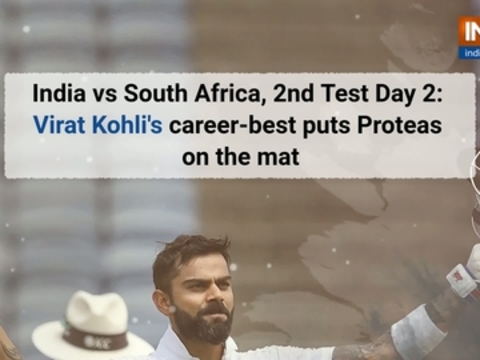 Skipper Virat Kohli completed his seventh double hundred in Test cricket, remaining unbeaten on 254 while Ravindra Jadeja (91) missed out on his second hundred by nine runs. 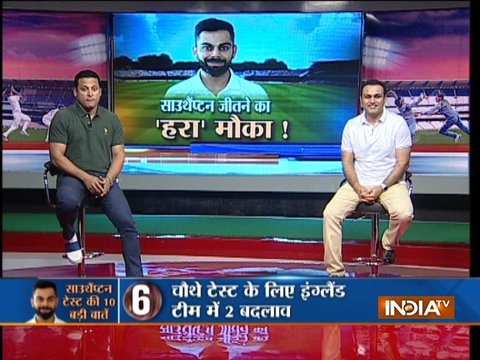 With England set to play two spinners in the fourth Test at The Rose Bowl, Southampton, former India opener and IndiaTV cricket expert Virender Sehwag has suggested captain Virat Kohli to play Ravindra Jadeja as an extra spinner in the crucial match. 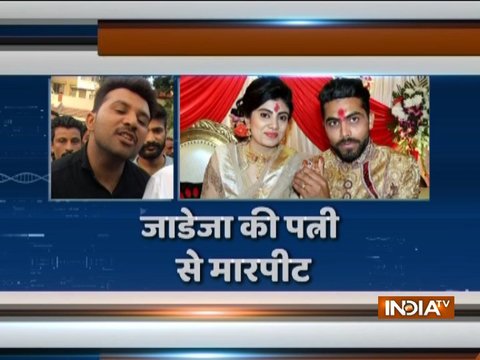 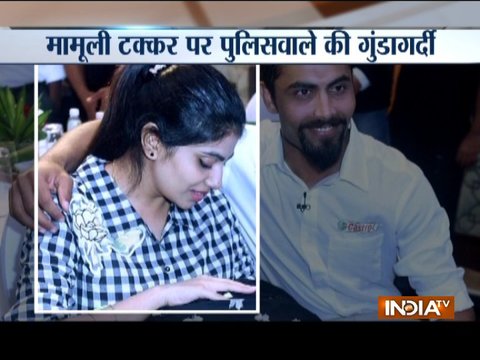 Team India all-rounder Ravindra Jadeja's wife Reeva Solanki came under an attack after her car, in which she was travelling, met with an accident in Jamnagar, Gujarat, on Monday. According to sources, Reeva's BMW car hit a bike of a police constable 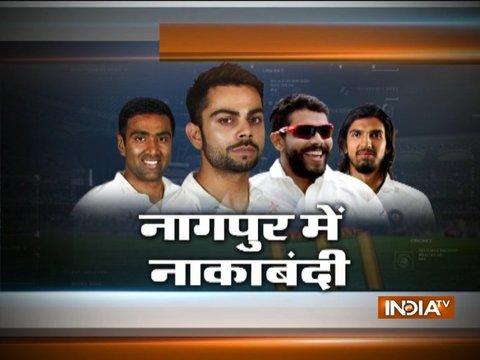 Ashwin, Jadeja back on track as spinners rout Sri Lanka 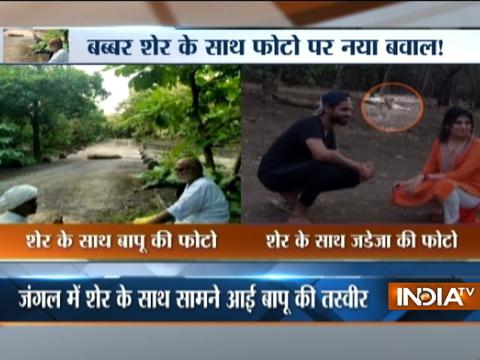