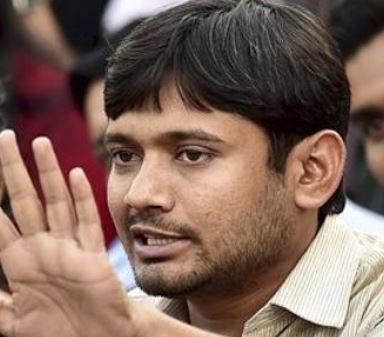 Quoting Kanhaiya Kumar's Kumar's statement about the men of the Indian Army raping the women in Kashmir, Gaurav Bhatia said, "It hurts the sentiments of Indians.

Communist Party of India leader Kanhaiya Kumar and Gujarat MLA Jignesh Mewani on Tuesday joined the Congress in the presence of Rahul Gandhi in New Delhi.

Mevani, who is currently a legislator in Gujarat and represents the Vadgam constituency, is the convener of the Rashtriya Dalit Adhikar Manch (RDAM). He is a lawyer-activist and a former journalist.

The resignation of youth leaders from Congress had caused some disquiet in the party and sections of the party feel that the induction of Kumar and Mevani will help send a positive message to the party rank and file.

Mevani had won election from the Vadgam Assembly constituency in Banaskantha district in 2017 with the backing of Congress.

Speculations were rife in the media that Kumar may be joining Congress after his meeting with Rahul Gandhi in the past.

Kanhaiya Kumar had contested Lok Sabha elections in 2019 on a CPI ticket from Bihar's Begusarai. He, however, lost to BJP's firebrand leader Giriraj Singh.

Ashok Choudhary's meeting with Kanhaiya Kumar, a staunch communist, came at a time when the young politician is said to have been left mortified by a censure motion that the CPI recently passed against him.

The Congress hit out at the Arvind Kejriwal government on Saturday for its sanction to prosecute Kanhaiya Kumar and nine others in connection with a sedition case, saying the AAP's thinking is the same as that of the BJP and they were "two sides of the same coin".

The CPI on Saturday said it will fight both "legally and politically" the sedition case against its leader Kanhaiya Kumar and alleged that the Aam Aadmi Party (AAP) government in the national capital had "succumbed to political pressure".

Senior Congress leader P Chidambaram on Saturday hit out at the Delhi government for its sanction to prosecute former JNUSU president Kanhaiya Kumar and nine others in connection with a sedition case, saying the Kejriwal dispensation is "no less ill-informed than the Centre" in its understanding of the sedition law.

Former JNUSU president Kanhaiya Kumar demanded a speedy trial against him. This, he said, will bring out how sedition law was being "misused". Delhi state government on Friday gave green signal to Delhi Police to prosecute Kanhaiya Kumar in JNU sedition case.

The Delhi BJP welcomed the AAP government's move to give a go-ahead to the city police to prosecute former JNUSU president Kanhaiya Kumar and nine others in connection with a 2016 sedition case.

Kanhaiya Kumar: Delhi government has given its sanction for chargesheet against Kanhaiya Kumar in JNU sedition case. The permission is in connection with a 2016 sedition case that allegedly occurred on Jawaharlal NehruUniveristy Campus (JNU).

A Delhi Court on Wednesday asked the Delhi government to file a status report relating to the issue of pendency of sanction in the JNU sedition case to prosecute student leader Kanhaiya Kumar and others.

According to reports, a number of vehicles in Kanhaiya Kumar's convoy were halted following the incident. Soon, cops reached the spot and dispersed the other vehicles.

​With folded hands, actor Deepika Padukone greeted JNUSU president Aishe Ghosh as she made a brief appearance at the Jawaharlal Nehru University (JNU) on Tuesday, two days after a masked mob unleashed violence in the varsity.

Addressing his first major rally after the Lok Sabha election drubbing, Kanhaiya called the citizenship law as a diversionary tactic to distract from issues such as onion price hike among others

The court had on September 18 asked the Delhi government to decide within one month on the sanction to prosecute Kumar and others, saying the delay has caused wastage of judicial time as the case had been listed and adjourned repeatedly since the filing of the charge sheet.