Halloween 2021: Every year October 31 is celebrated as the Halloween day which marks the end of the harvest season with a festival called Soin. Our Bollywood celebs like Anushka Sharma, Soha Ali Khan and others were not behind in celebrating the day and shared glimpses of the same dressed up in spooky attires on their respective Instagram handles.

From pumpkins to pranks and communication with the dead, Halloween is a patchwork holiday stitched together with religious and occult traditions that span across centuries. Every year October 31 is celebrated as the Halloween day which marks the end of the harvest season with a festival called Soin. It also marked the Celtic New Year and was considered a time between years, a magical time when the ghosts of the dead walked the earth. On the occasion of the festival, many took to social media and shared how they celebrated by dressing up in spooky attires. Our Bollywood celebs were not behind in doing the same and glimpses of the same were shared by stars like Anushka Sharma, Soha Ali Khan and others on their respective Instagram handles.

Ahead of India's T20 World Cup Super 12 fixture against New Zealand on Sunday, several Indian players along with their wives and kids celebrated Halloween. Taking to Instagram Story, Anushka shared a string of images from their low-key Halloween party in the UAE. In the pictures, we can see Anushka and Indian skipper Virat Kohli's daughter Vamika, dressed as a fairy with other cricketers' children -- including Rohit Sharma's daughter, R Ashwin's daughters and Hardik Pandya's son. "Happy Halloween from this cute bunch," Anushka captioned the image.

Anushka also shared a group photograph, in which she can be seen holding Vamika in her arms as Kohli posed beside her. She wrote, "And also from us." 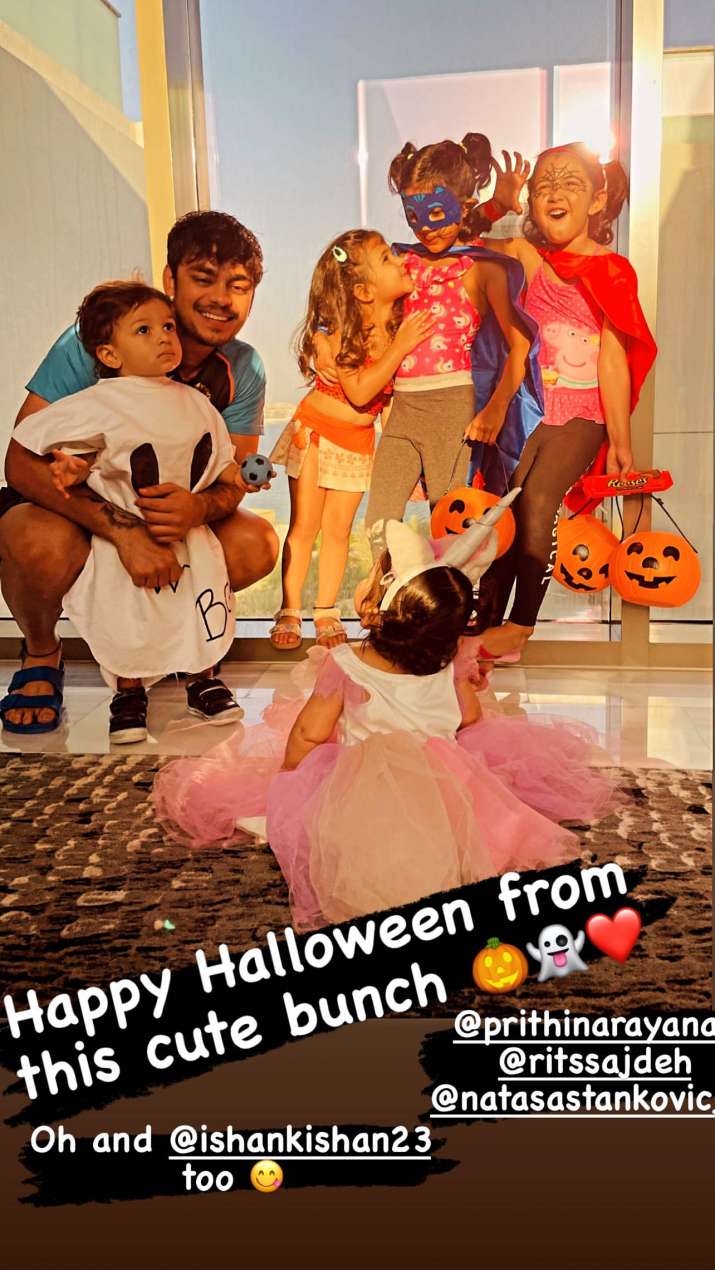 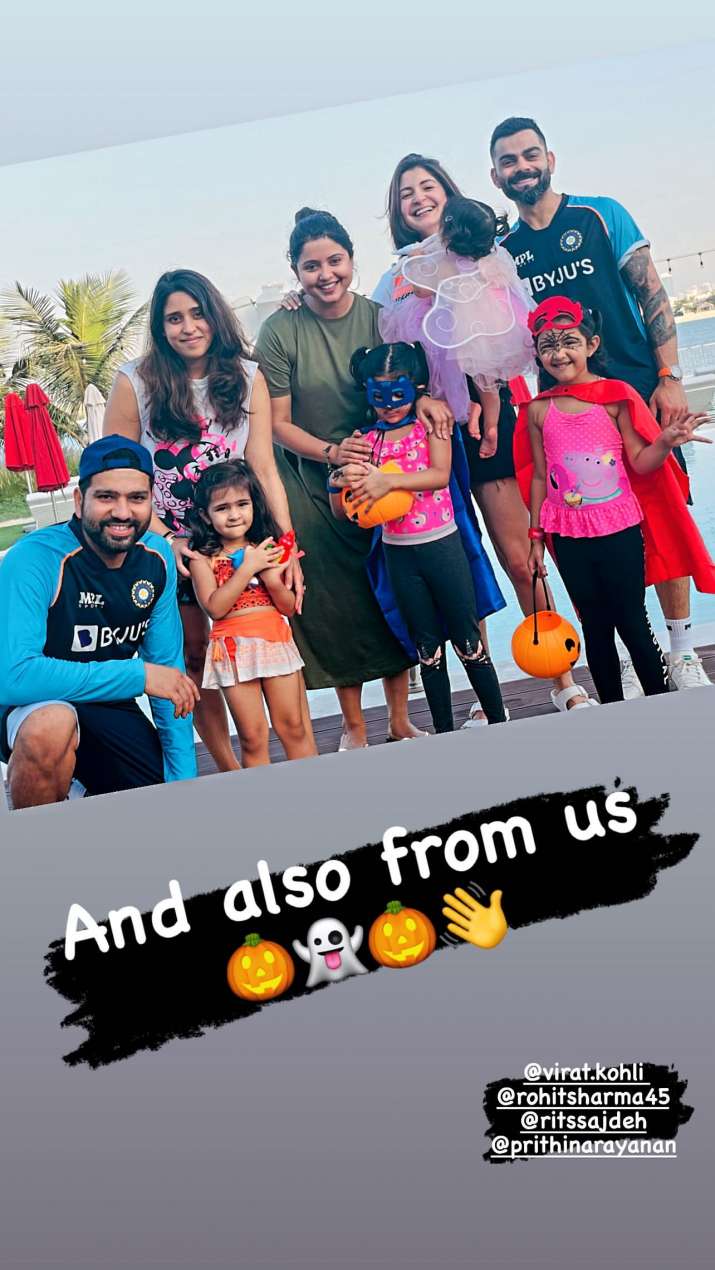 Not just her but even Soha shared a family picture on the gram featuring daughter Inaaya and actor-husband Kunal Kemmu. Soha, in the pics, was seen dressed up as a ghost with a sunglass while Kunal rocked a modern all-white ensemble and a white wig. Speaking about the little one, she came dressed up like a unicorn with golden horn and pink wings. She even shared a boomerang video from their Halloween themed party.

The photos were captioned, "Be afraid, be very afraid. Halloween 2021."

Not just them but many celebrities wished everyone of the event of Halloween. Mouni took to Instgaram and sharing a picture of herself wrote, "Ghost town & haunted love .. happy Halloween."

Jennifer Winget while sharing her pics on Instagram wrote, "Sshhh! Or the voices in my head will have to shout. #HappyHalloween #Gothic #Goth #jenniferwinget #BlackMagicWoman#LittleGothicHorrors."

Kareena Kapoor Khan who is currently holidaying with her family shared picture of her son Taimur Ali Khan and wrote, "Checking out everybody s Halloween looks whilst chilling by the pool…#Halloween2021#desert vibe#My Son."

Shilpa Shetty channelled her spooky side as she turned out as a 'zombie bride' from Halloween 2021. Taking to her Instagram handle, Shilpa shared a reel video of herself in which she could be seen revealing her extremely spooky look for this year's Halloween. Shilpa could be seen unveiling her face from her 'zombie bride' look that made her unrecognisable. Sharing the video, Shilpa wrote, "Happy HaLLowEen... #halloween2021 #boo."

The night before October 31 was All Hallows Eve, which gradually morphed into Halloween. Celts believed that on the night of the 31st, the boundary between the living and spirit world becomes thinner.