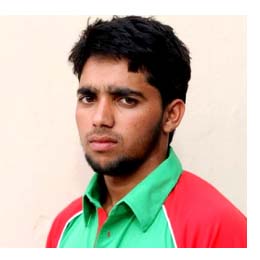 An exciting left-handed all-rounder who made an instant impact on his debut, Monimul Haque has been a hitter in the middle-order for Bangladesh and can be the all-rounder to step in Shakib-Al-Hasan's place when the time comes. He hammered plenty of runs in first-class matches and scored 150 in the opening match when he represented Bangladesh A in the tour of West Indies. He was called up as Shakib's replacement in the first 2 ODIs against the WIndies in November 2012. He, later on, made his Test debut against Sri Lanka and scored his maiden half-century and ended up scoring 156 runs in three innings. He later went on to score his ton off 100 balls against New Zealand. More suited to the longest format, Haque is yet to establish a spot in the playing XI of the limited overs.

We need better mental preparation ahead of 2020 season: Mominul Haque

Day-Night Test: Practice match with pink ball would have been helpful, says Mominul

It will be great if we revisit Bangladesh's Test cricket structure: Mominul Haque