Tanishaa Mukerji tests Covid positive, informs she has isolated herself

Bollywood actress Tanishaa Mukerji has tested positive for COVID 19. She informed about the same by sharing a note on her social media account.

Bollywood actress Tanishaa Mukerji, on Saturday, took to social media to inform her fans, followers and well wishers that she has tested positive for the deadly COVID-19 virus. Tanishaa took to her Instagram handle and posted a Story writing, "Hey everyone I've been detected COVID positive and will be isolating as required." 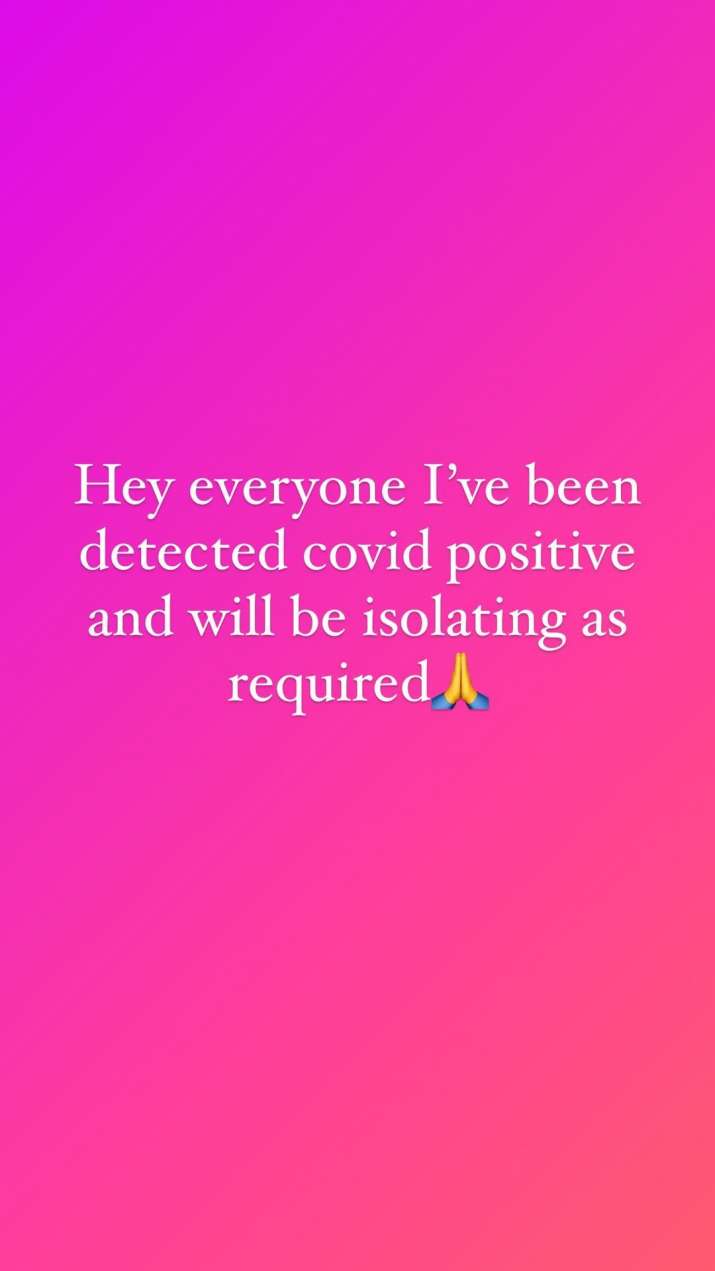 For the unversed, Tanishaa, who has worked in films like 'Neal n Nikki', 'Sarkar' and 'Sarkar Raaj', made her movie debut with 'Sssshhh...' in 2003. Earlier this year, in June, the actress entered the digital space with the short film "Life Is Short". She had also taken to Instagram to share a poster of the film that released digitally.

She wrote in the caption: "Suicide is its own pandemic & now in these covidtimes mental health is a very relevant issue! My short film in which I make my digital debut #lifeisshort directed by @vikramrazdan I play a delusional diva actress where This issue has been tackled It's very close to my heart & I hope you will all subscribe to @biiggbangmedia @ 11rs a year and watch it!"

Directed by Vikram Razdan, Tanishaa plays the role of Debika, a schizophrenic superstar who has a dark and delusional character sketch. "Life Is Short" has been screened at NFDC Film Bazaar and New Jersey Indian & International Film Festival (NJIIFF).

Kajol's younger sister Tanishaa has worked in films like "Neal n Nikki", "Sarkar" and "Sarkar Raaj" among others. She was also a contestant in "Big Boss 7" and "Fear Factor: Khatron Ke Khiladi 7".

Meanwhile, she will be making her Bollywood comeback with the upcoming film 'Code Name Abdul' that is set to release on December 10. Directed by Eshwar Gunturu, the film will revolve around a secret mission assigned to RAW. The project will also star debutant Akku Kulhari.