Arjun Kapoor pushes Malaika as she makes him workout on vacation, says 'girlfriend is tougher taskmaster'

Arjun Kapoor and Malaika Arora have been dating for a while. The two have been pictured many times at various events. Both of them have been sharing several pictures and videos from their vacation in the Maldives.

Bollywood's lovebirds Arjun Kapoor and Malaika Arora are currently holidaying in the Maldives. On Sunday (December 5), the actor took to Instagram and shared a video where the couple can be seen doing aqua cycling. In the caption, Arjun addressed Malaika as his girlfriend and called her a taskmaster as she made him work out during their vacation.

"When the girlfriend is a tougher taskmaster than your trainer... See @drewnealpt I'm working out even on holiday in the @patinamaldives pool thanks to @malaikaaroraofficial !!!," he wrote as the caption for the image, which in just 10 minutes got over 7,000 likes.

In the video, both Arjun and Malaika can be seen exercising on an underwater bicycle inside a pool to Badshah's viral track Jugnu. Malaika reacted to the post with the flexing emojis. Arjun's cousin Rhea Kapoor also dropped heart emojis on the pictures. Actor Tara Sutaria also commented with heart emojis.  Another fan commented on the picture, “You called her your girlfriend finally. OMG! Finally."

Arjun and Malaika have been dating for a while. The two have been pictured several times at various events. Both of them have been sharing several pictures and videos from their vacation. Malaika shared a boomerang video in which Arjun can be seen eating his breakfast. Malaika captioned the video, “DND (do not disturb)… Man on work." 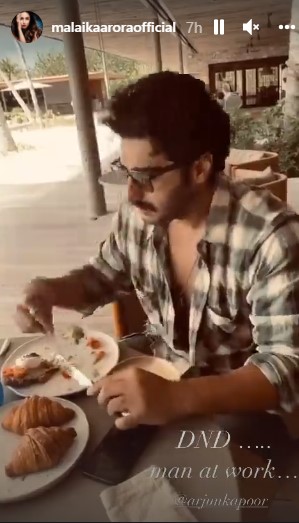 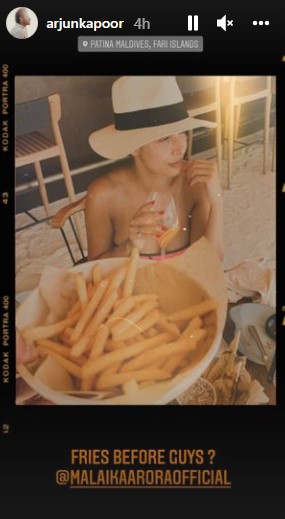 On the work front, Arjun currently has three films lined up - 'Ek Villain Returns', 'Kuttey' and 'The Lady Killer'.