Priyanka Chopra never fails to shower her love on her family on social media. Recently, the global star wished her sis-in-law Danielle Jonas on her birthday by sharing a picture with her on Insta story. The picture she shared was a flashback from the Grammys.

Priyanka who is related to Danielle through Nick Jonas wrote in her pic, "Happy birthday, Danielle. Wish you love and happiness always." 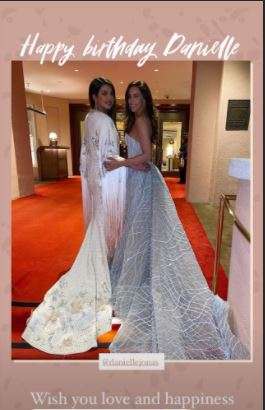 Meanwhile, Nick Jonas also had something special to say to his brother's wife Danielle. The singer and actor too uploaded an Instagram story where he shared Danielle's photo from Joe Jonas and Sophie Turner's wedding. In the picture, Nick wrote: "Happy birthday, Danielle. Miss you guys so much." 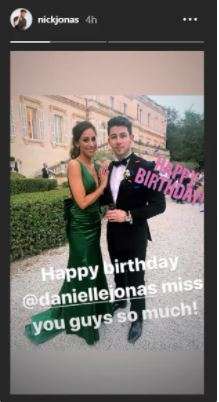 Priyanka Chopra and Nick Jonas tied the knot on December 1, 2018 in a big fat Indian wedding and are one of the most famous celebrity couples.

Meanwhile, on the work front, Priyanka will next be seen in her upcoming Netflix film The White Tiger. Apart from that she also has a Netflix's superhero film We Can Be Heroes and a film with actress-comedian Mindy Kaling in the pipeline.

As per reports the actress has also been roped in to be a part of Matrix 4 cast. PC will soon be seen hosting a sangeet-themed show with Nick Jonas for Amazon and is even a part of another Amazon project, Citadel, which is a series and will star Game Of Thrones actor Richard Madden who played the role of Robb Stark in the popular TV show.