The trailer of Salman Khan's Radhe: Your Most Wanted Bhai has created ripples on social media. Fans can't keep after the trailer release and have been showering it with immense love. Actor Tiger Shroff is no different. Showering love on the actors, Tiger took to his Instagram story and dedicated individual posts to Salman Khan, father Jackie Shroff and rumored girlfriend Disha Patani. The actor took screengrabs of the three from the film's trailer and shared them indivisually.

For dad Jackie, he wrote, "Still the most handsome #hero." Whereas for Disha, he posted, "Congrats d on the smashing trailer looking great!" He also congratulated Salman Khan, Sohail Khan and sent love to them on the release of 'blockbuster trailer'. Take a look: 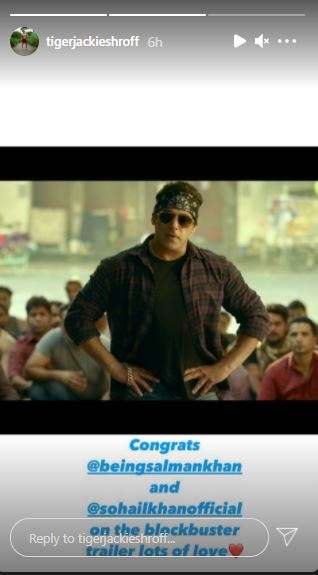 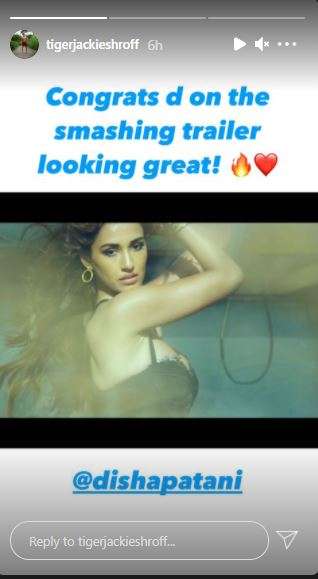 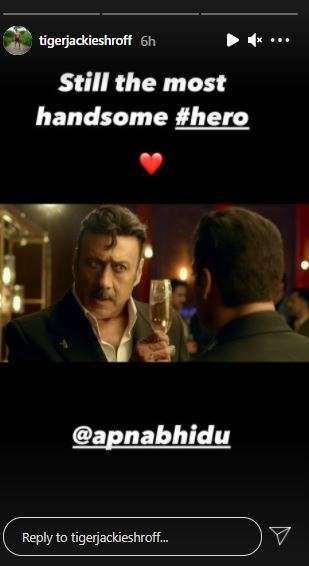 Talking about the trailer, from the first look it seems like the superstar is all set to reload his encounter cop avatar from the 2009 blockbuster "Wanted". Incidentally, Salman's character in the 2009 film was also called Radhe. Just as that film, too, his upcoming action thriller is directed by Prabhu Deva. The film promises to be a complete commercial package of action, drama and music, going by the trailer, and it looks like Salman's macho cop will take on drug mafia in this film.

Salman posted the trailer on Instagram and captioned it: "#Radhe." He tagged the entire team of the film.

The film, which also stars Randeep Hooda in pivotal role is pitched as Salman's Eid release this year, and is scheduled to release on May 13. On Wednesday, it was announced that "Radhe" would release simultaneously in theatres and on the pay-per-view platform Zeeplex.