When Zidane returned to Real Madrid in 2018-19, the team was not a contender to win anything. But, the tables have turned in the current season and Real Madrid look to have got back the edge to win silverware.

Cristiano Ronaldo played his last game for Real Madrid at the NSC Olimpiykiy Stadium in Keiv when Los Blancos won the last of their 3 back to back Champions League titles defeating Liverpool 3-1. The journey in the post-Ronaldo era began with uncertainties with Zinedine Zidane, the coach, leaving soon after. The-then Spanish national team coach Julen Lopetegui was hired by Madrid 2 days before the first match of the FIFA World Cup 2018 finals. Lopetegui, who was undefeated in the 20 matches on the sidelines with the Spanish national side, could only last 120 days with Real Madrid as the club fired him after only 14 games in charge.


Lopetegui's Madrid looked toothless and was losing far too many games. In his 14 games in charge, Madrid lost 6. With the standards set by Zizou, this was never going to down well with the fans or the Board.

Florentino Perez, Real Madrid President, then thought he could pull off another Zidane-like masterstroke by hiring yet another former player in Santiago Solari.

At first, things looked good under Solari. The team started scoring goals and winning matches. In fact, Madrid won 5 league games in a row for the last time under Solari until yesterday when Zidane's side beat Osasuna 1-4 to win 5 back to back. But we will come back to that a bit later.

Then came the week of reckoning for Solari where he lost 3 back to back games -- 2 to Barcelona -- which say Real Madrid get eliminated from the Copa Del Rey Semi-Final and were out from the La Liga title race. And then came the big one -- 1-4 home loss to Ajax would mean that Real Madrid would get knocked out of the Champions League for the first time since 2015 semi-final against Juventus. This came as a massive shock to the entire football world. After this, Santi Solari, for all his good relations with the club, was a mere sitting duck until Perez found a better alternative.

And the alternative came, a familiar one at that. Ten months after leaving the club, Zinedine Zidane was back.

When Zidane returned to Real Madrid, the team was not a contender to win anything. There were 11 games left in the La Liga 2018-2019 and the team was third behind Barcelona and Atletico Madrid. In his first 11 games, Zizou lost 4 and drew 2. Nothing special.

Real Madrid, a club which was known for shedding out cash at buying young, exciting talent, had not made a galactico signing in years. The last such signing could be dated back to after the last World Cup when the club signed James Rodriguez from Monaco after the Colombian had a steller FIFA World Cup 2014 in Brazil.

The 2019 summer transfer window was going to be different. The signing of longtime club target Eden Hazard from Chelsea came as a ray of hope for the fans. Left-Back Ferland Mendy was signed from Lyon, centre-back Eder Militao was signed from Porto, striker Luca Jovic was signed from Eintracht Frankfurt and to back these key signings, James Rodriguez, who was loaned out to Bayern Munich for 2 seasons came back into the fray. Suddenly, Real Madrid looked a fresh side, at least on paper. 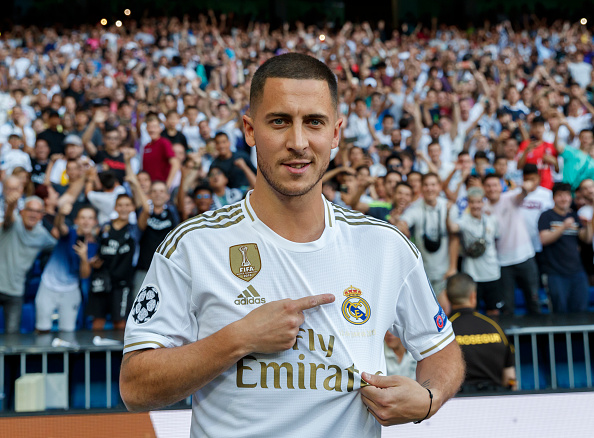 Gareth Bale, who was destined to leave the club, did not. I think the jury is still out on whether Bale staying is good or bad.

The 2019-2020 season started off the same way that 2018-19 ended, with uncertainties and inconsistencies. Zizou's side won just 2 of the first 5 games. The first loss of the season came in the Champions League at the hands of Paris Saint Germain. A 3-0 away defeat was a wake-up call to the Madridistas. And that is where things started to change.

Ten days later Madrid drew away at Atleti, a result people did not anticipate given the 7-goal rout run by Atletico Madrid against their city rivals in the pre-season. The important point to note here is that Real did not concede.

This defensive prowess would go a long way in deciding where Madrid lands up this season. After a 1-0 loss to Mallorca in the league on October 19, Real Madrid went 20 games unbeaten until a second-string Madrid side was beaten in the Quarter Finals of the Copa Del Rey by Real Sociedad 3-4.

These 20 games included winning 2 Madrid derbies -- 1-0 at home in  La Liga and 4-1 in the final of the Spanish Super Cup. It included a home draw to PSG and an away draw in the El Classico against Barcelona. 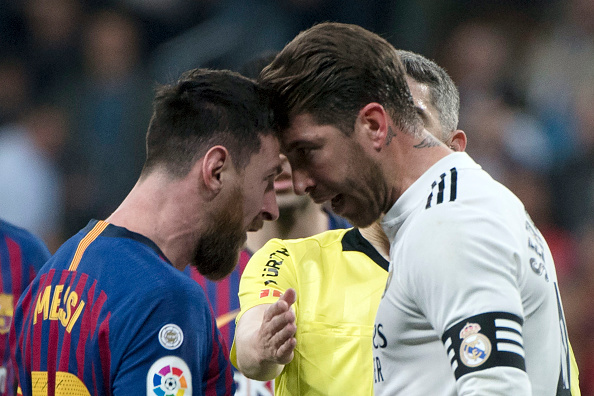 Despite not displaying the attacking ruthlessness that Madrid teams over the years have been known for, Zizou has managed to get the job done.

On February 9, 2020, Madrid beat Osasuna away 1-4. While on paper it may seem like a no contest, but over the years Mallorca's Iberostar Stadium has been a tough hunting ground for Madrid. In the club's last 7 visits here prior to yesterday, Real had won 2 and lost 2, drawing 3.

When Zidane first took over the side in 2016, he had the best goalscorer in the world playing under him in Cristiano Ronaldo. He had a peak Gareth Bale, who could run circles around any defender with his pace. He also had a humble yet very effective Karim Benzema. Together they formed the formidable BBC that tormented opposition for years. Behind them, he had arguably the best midfielder in the world in Luka Modric and to accompany him was a plethora of midfield talent in Toni Kroos, Casemiro, Isco amongst others. 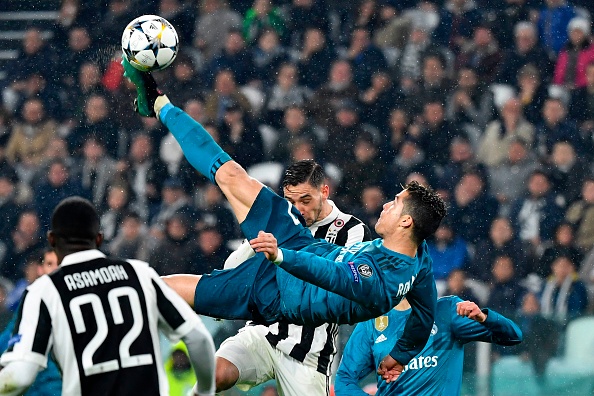 In defence, Sergio Ramos stood tall with a young Raphael Varane, Left Back Marcelo was at his peak and was by far the best wing back going forward. This also meant that the Real Madrid squad of the time had problems defending because the wingbacks were more bothered about attacking rather than defending.

With that squad, Zizou played the sledgehammer tactic. 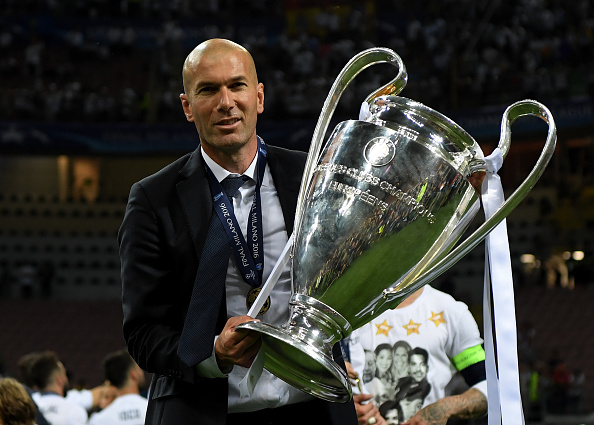 Now, it is more compact, better defensively, more firm. Goals back then were concentrated in and around Cristiano Ronaldo and the BBC in general. This season so far, 17 Real Madrid players have contributed in scoring goals.

It is, thus, safe to say that the squad is substituting for the goals lost when Cristiano Ronaldo left by chipping in here and there.

Karim Benzema, the French striker has stepped up and taken the role as the lead goalscorer. His exploits this season show he is one of the most underrated strikers in the world. Benzema's game sense is more than just scoring goals. The best example is his assist yesterday for Lucas Vazquez.

The stats speak for themselves, with a goal per game ratio of 0.60 per game, Real Madrid's defensive performance this season beats the defensive hold the team has had in the last few years.

With Barcelona not looking in the best of the touches and still 3 points behind Real Madrid at the second spot, winning La Liga is looking like a real possibility for Zinedine Zidane. Madrid will face Manchester City in the UEFA Champions League Round of 16.

Irrespective of the results, Real Madrid under Zinedine Zidane is on an upswing and great things can be expected from this side in the years to come.