Rahul's honest reaction was appreciated by the Indian camp and received a thumbs up and an applause from Umpire Ian Gould. Take a look.

Lokesh Rahul received an applause and a thumbs up from umpire Ian Gould for his honesty on field during Day 3 of the final Test in Sydney, when he attempted to take a catch and fell just short of it.

The moment occurred when Rahul was fielding at mid-on when Marcus Harris struck a shot in his direction. Rahul dived after running to take the catch, but fell just short as the ball bounced before it rebounded into his hands.

The Indian players failed to notice the bounce and started to celebrate, but Rahul was quick to signal that it was not out. Take a look.

Rahul's honest reaction was appreciated by the Indian camp and received a thumbs up and an applause from Umpire Ian Gould. 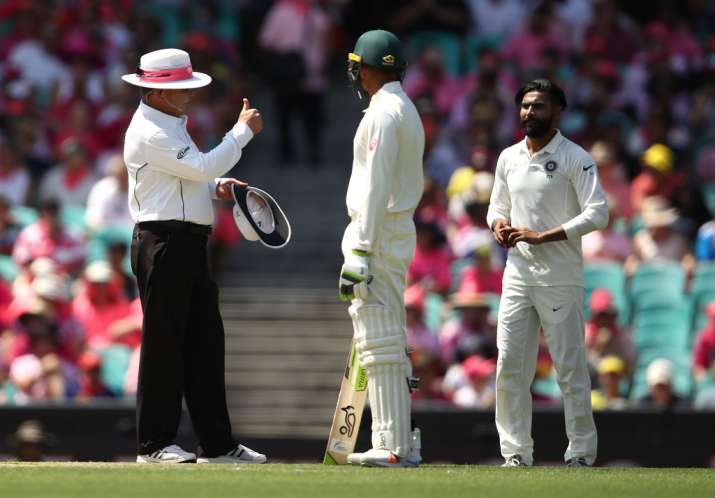 Harris went on to score his second Test fifty but failed to reach the three-digit mark as he was dismissed by Ravindra Jadeja for 76 immediately after Lunch.

Jadeja and Kuldeep Yadav shared four wickets as Australia were reduced to 198 for five at tea on day three of the fourth Test against India on Saturday.

Post lunch, Australia made the worst start possible with Marcus Harris (79) getting out before he could settle in again. In the third over after the restart, he played on off Jadeja.