Had not wanted to live anymore: Neha Kakkar on struggling with a mental health condition

Neha Kakkar, in the weekend's episode of Indian Idol 11, revealed there was once a phase in her life when she had given up all hopes.

Popular singer Neha Kakkar is a fireball of energy when she judges contestants on Indian Idol 11 -- a reality series of which Neha herself has been a part as a participant. But she has been through her share of struggle with depression. This happened right after she broke up with Himansh Kohli, an actor with movies like 'Yaariyan' to his credit.

Neha, in the weekend's episode, revealed there was once a phase in her life when she had given up all hopes.

In Saturday's episode, she was seen talking to one of the contestants, Azmat Hussain, and said there was a time when she did not want to live anymore and felt that life was so unfair to her. Azmat was a contestant on a kids reality show and had got sucked into the ugly world of drugs. He is now struggling to get his old charm and fame back.

Neha went on to say that people who have such thoughts should think about their near and dear ones.

"Yes I am in depression. Thanks to all the negative people in the world. You are successful in giving me the worst days of my life. Congratulations, you’re successful," she had once detailed.

Neha recently made headlines when she slammed comedians Gaurav Gera and Kiku Sharda for body-shaming her. She posted several stories on Instagram that said, “Shame on these people to create such a NEGATIVE and insulting content! My people know how much I appreciate comedy on me and otherwise but this one is Ridiculous!!! Stop using my name, Stop enjoying, dancing and acting on my songs if you hate me so much.

This is how you respect a small town girl who achieved everything on her own with so much struggle in life. Being a short girl My sister has already suffered a lot. Do you understand what a person goes through when you make fun about her/his body size or shape. Will you ever stop making fun of what god has made us ? Not just that you are talking rubbish about her talent too. Aren’t you damaging her career by saying all that wrong things about her talent ? Those who don’t understand music much would believe you easily coz you are a big national tv Channel. Fact is nobody becomes number 1 just by fluke and that too of a country which has a population of 1.3 billion 😐 #nehakakkar 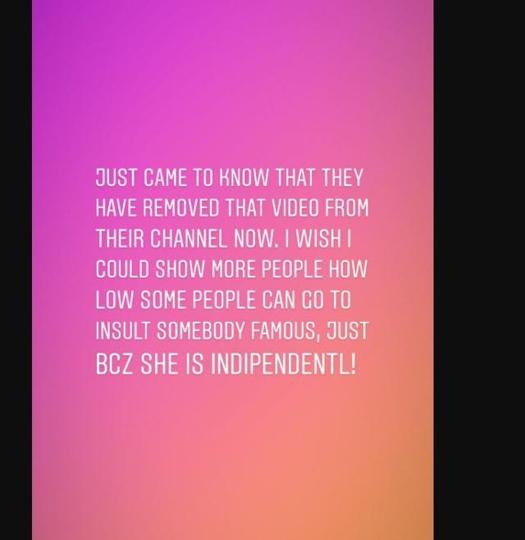 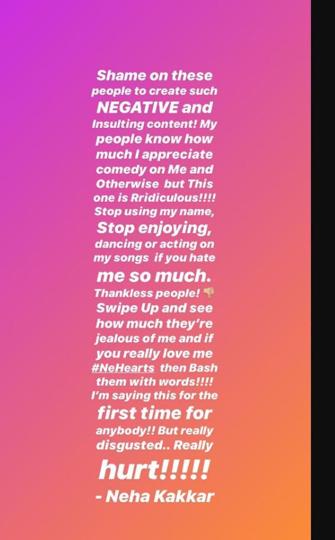 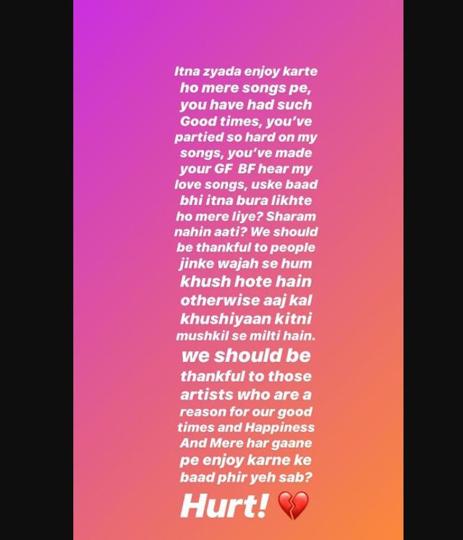 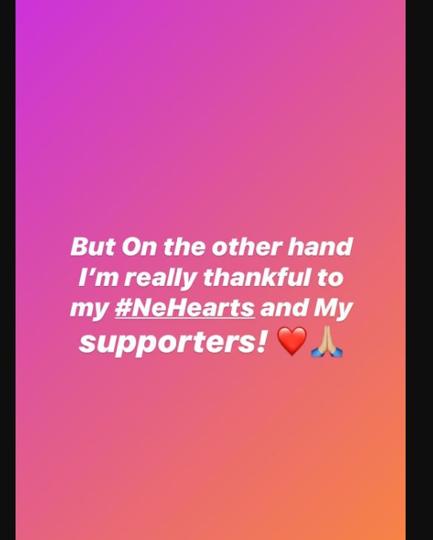