India TV's mega conclave TV Ka Dum is set to brighten up your television screens today with heavy dose of entertainment. Check out who all will dazzle at the event.

Brace yourself peeps, as India TV is all set to host a mega conclave called TV Ka Dum today in Mumbai in which all the big names from the entertainment industry will make an appearance and add glamour to the starry night. To make it even more memorable, Saas Bahu and Suspense host Charul Malik will be seen on the stage along with the charming host Maniesh Paul. The duo will bring in their treasure box of fun and comedy and keep you entertained. 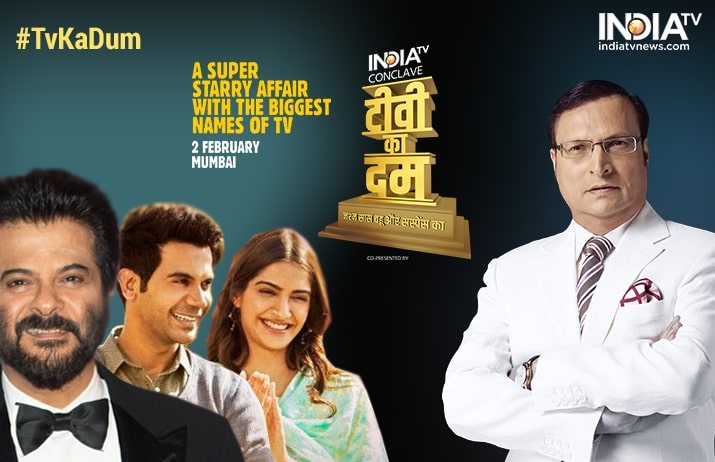 Hina Khan, who is the first runner-up of popular reality show Bigg Boss 11 is also going to grace India TV's mega conclave on 2nd of February. The actress is popularly known for playing the female lead Akshara in Yeh Rishta Kya Kehlata Hai. After bidding farewell to the show, she appeared in the stunt reality show Khatron Ke Khiladi, where she performed really well and even made it up to the top 5 contenders. Currently, she is playing the role of Komolika in popular daily soap Kasautii Zindagii Kay 2.

Vikas Gupta, the second runner-up of Bigg Boss 11 is a prominent producer of Indian television industry. His company Lost Boy Productions has given some of the popular shows such as Gumrah: End of Innocence, Kaisi Yeh Yaariaan, V The Serial, Yeh Hai Aashiqui and MTV Webbed. He has also hosted  MTV India's Ace Of Space 1. Check out some of his Instagram pictures:

Ishq Subhanallah actress Eisha Singh who is being popular for playing Zara on small screen is also gracing the event on February 2. Here are some latest Instagram pictures of the young actress.

King of Bollywood Shah Rukh Khan will also be seen adding his touch of entertainment to a night already loaded with fun, amusement and comedy.  Aren’t you excited?

Watch the star-studded conclave on India TV channel | Login to Facebook for some interesting LIVE snippets and chat | Follow Twitter for updates | Check your Instagram feed for Insta-cool pictures from the event that you wouldn't want to miss.