Bollywood superstar Shah Rukh Khan is all set to spread the magic of his quick wit and good looks on India TV’s mega conclave TV Ka Dum. While fans go gaga every time the King Of Romance puts his feet on the stage and enchants the audience with his otherworldly charm, this time the dose of entertainment would be double as all the biggest names from the small screen will accompany him and set the temperatures soaring today in Mumbai.

From TV's comedy king, Sunil Grover, to 'mastermind' Vikas Gupta, the heartbeat of millions Mohit Raina to Manikarnika fame actress Ankita Lokhande, television stars will light up the sky when they all will come together at India TV’s mega conclave TV Ka Dum. And to add to the already glamorous night, Bollywood Badshah Shah Rukh Khan will surely leave the hearts racing. Not just the big screen, but SRK has hypnotized the small screen with his shows like TED Talks- India Nayi Soch, Kaun Banega Crorepati, Kya Aap Panchvi Pass Se Tez Hain? and Zor Ka Jhatka- Total Wipeout. Shah Rukh Khan has not just been the best host on the Indian television but even started his acting career with the small screen, with his show Fauji. His dedication and hard work have made him the biggest name in Bollywood today and the most desired actor for every filmmaker.

King Of Bollywood, Shah Rukh Khan will be seen adding his touch of entertainment to a night already loaded with fun, amusement and comedy as the star cast of the upcoming Bollywood film Ek Ladki Ko Dekha Toh Aisa Laga, Sonam Kapoor Ahuja, Anil Kapoor and Rajkummar Rao will also be gracing the event. Aren’t you excited?

Watch the start-studded conclave on India TV channel | Login to Facebook for some interesting LIVE snippets and chat | Follow Twitter for updates | Check your Instagram feed for Insta-cool pictures from the event that you wouldn't want to miss. 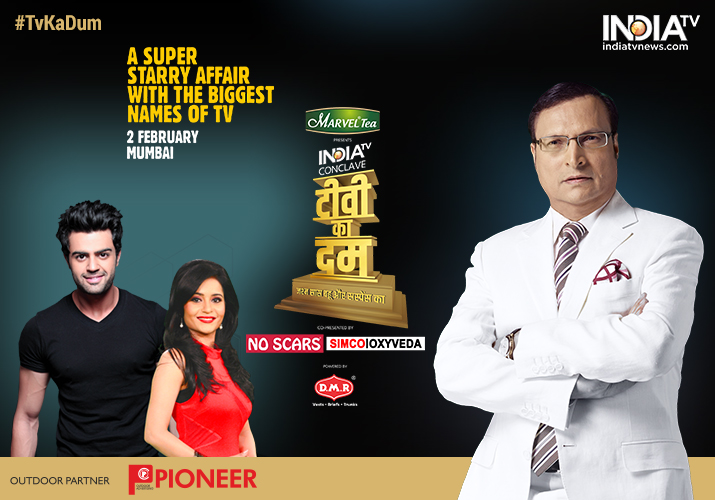