Bollywood stars such Shahid Kapoor, Janhvi Kapoor, and Arjun Mathur are stepping into the weekend by giving their fans some major fitness goals.

Weekends usually mean lazying around and gorging on your comfort food, but Bollywood stars such Shahid Kapoor, Janhvi Kapoor, and Arjun Mathur are stepping into the weekend by giving their fans some major fitness goals. Taking to Instagram Story, Janhvi shared a glimpse of her "mid-shoot workout". In the short clip, she can be seen doing several exercises including squats, push-ups, and mountain climbers. On the other hand, Shahid posted a picture of his dumbells and wrote: "Who wanna workout with me?" 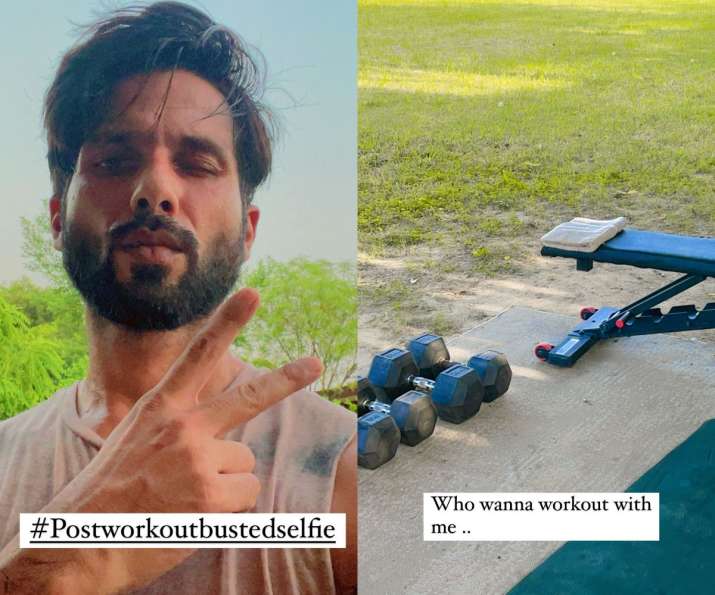 'Made in Heaven' fame Arjun Mathur left everyone impressed with a video of him performing bicep curls. "I don't know where I'm supposed to get to. I just know that I've got to keep going," he captioned the post.


Meanwhile, Kapoor recently teased that he is set to collaborate with South star Vijay Sethupathi and Raashii Khanna for his upcoming series helmed by filmmaker duo Raj Nidimoru and Krishna DK. It is co-written by Sita R Menon, Suman Kumar and Hussain Dalal.

Apart from this, Shahid will be next seen in 'Jersey', which is also a remake of another Telugu film of the same name. The story is about a talented but failed cricketer named Arjun, who decides to make a comeback in his late thirties and play for India, in order to fulfill his son's wish.

Talking about Janhvi, she is gearing up for the release of her film "Dostana 2". Besides this, the actress has finished the shoot for her film "Good Luck Jerry" earlier this year.

(With Inputs from ANI)