Explained: How research carried out by Nobel winners for medicine would impact all

The 2019 Nobel Prize in Medicine or Physiology has been awarded to scientists William G. Kaelin, Jr, Peter J. Ratcliffe and Gregg L. Semenza.

They received the award jointly for their discoveries of "how cells sense and adapt to oxygen availability," the Nobel Committee announced Monday.

Here's how the research would impact us all

Semenza said his team was studying a rare kidney cell type years ago when they discovered that the same phenomenon happens throughout the body. 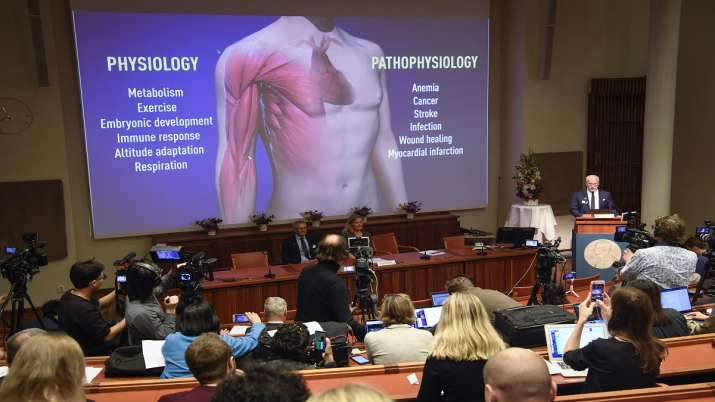 It has such widespread physiological importance that it has opened up many possible avenues for more research and treatments for everything from anaemia to cancer to diabetes and heart disease.

Researchers have since learned how to switch on and off genes that can increase or decrease oxygen levels. By doing this, they can kill a cancer cell, or stimulate blood vessel growth in heart patients. People with chronic kidney disease can get injections to increase their oxygen levels. And drugs are in development in pill form to turn on red blood cell production. Semenza expects some to reach the market in the next few years.

Now that DNA sequencing is possible, Semenza said they've learned that the phenomenon they once discovered in a rare kidney cell is evident throughout the genomes of people who have adapted to low-oxygen environments, such as Tibetans who live at high altitude. Semenza says this shows that some genetic changes can occur spontaneously as the human body adapts.

(With Inputs from AP)

Also Read: Nobel Prize 2019 announced: Who got what so far