With La Liga title on the line, both Barcelona and Real Madrid need to win all their remaining games to put pressure on the other team. Here are some of the challenges both the teams will face in the remaining matches.

The Spanish league has resumed and the live football action is bringing joy to fans across the world even when they are not allowed to support their teams in the stadium. The La Liga resumed on June 11 with Sevilla claiming 2-0 win over arch-rivals Real Betis in 'El Gran Derbi'. The much-hyped Spanish league is widely considered as the two-horse race with Barcelona and Real Madrid proving their domination over other teams in the near past. Barcelona, who are the defending champions, hold the top spot in point table with a two-point lead over Madrid. However, the Catalan giants are not up to the mark this season as they continue to rely on their captain Lionel Messi to score goals. The inclusion of Antoine Griezmann doesn't provide Barcelona the number of goals they accepted. The defending champions even fired Ernesto Valverde mid-season after a shaky start in the league. Quique Setien, the new manager is trying hard to bring the traditional tika-taka game back to Barcelona but he has not been fully successfully till now.

On the other side, Real Madrid have still not been able to fill the void of Cristiano Ronaldo's departure. Since the Portuguese departure two years ago, Madrid are struggling to score goals, this season the Los Blancos signed Eden Hazard from Chelsea for a whopping price. The Belgian has not produced his magic in Madrid and his fitness concerns are always in the news.

'Needed an extra week to really be in shape': Quique Setien on Barcelona's preparations

Would be 'very nice' to play for Lionel Messi's Barcelona: Paulo Dybala

With the title on the line, both Barcelona and Real Madrid need to win all their remaining games to put pressure on the other team. Here are some of the challenges both the teams will face in the remaining matches. 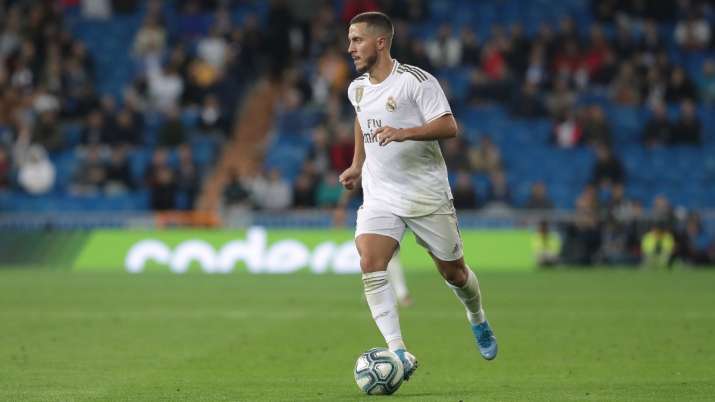 Since Neymar's departure, Barcelona are riding solely on Lionel Messi's shoulder and other teams have now tracked the issue. In the past two seasons, teams with good defence line have been able to contain Barcelona by putting more than two players on Messi. To release some pressure from Messi's shoulder it's time for Antoine Griezmann to stand for the Blaugranas. Some of the remaining fixtures are also very tricky for Barcelona. The Athletic Bilbao clash is going to be a mental battle for Barcelona as they lost the first match of the season against them with Messi on the sidelines due to injury. The other two games that may stop Barcelona to claim their third consecutive league title are against Sevilla and Atletico Madrid. Sevilla are in good form in this season and third on the points table and have an outside chance to claim the league title. Meanwhile, Atletico have not been at their best in the league as they stand seventh on the points table. But the win over Liverpool in Champions League just before the football stopped might boost their morale and Diego Simione is considered as a giant killer, that will put up extra pressure on Barcelona. 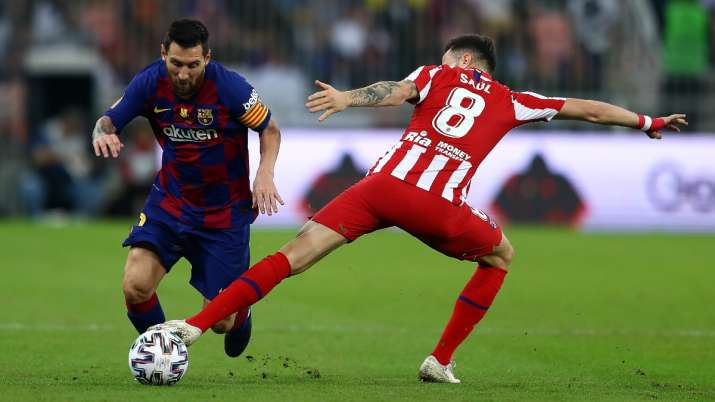 The Los Blancos have had their own up and downs this season, the Zinedine Zidane's side thrashed Barcelona in the El Clasico at Santiago Bernabeu with a 2-0 win. But in the very next game, they drop points against Real Betis to lose the top spot on the points table with 2-1 defeat. Zidane needs to find the perfect balance in the squad and young players like Federico Valverde and Rodrygo might supply the firepower that the Whites needed right now. Hazard form will be crucial for Madrid in the title race as he is one such player who can win you the game on his own. Madrid have less tough fixtures left than Barcelona, as only Valencia, Real Sociedad have the firepower to stop Madrid, if they bring their top game. That doesn't mean the road will be easy for Madrid because they are already two points behind Barcelona and if they commit a mistake in any of their matches, then the league title will be out of their reach.

Barcelona will resume their campaign against Mallorca on June 14, while Madrid will play lock horns with Eibar on June 15.