Actress Katrina Kaif, who is hogging headlines for her phenomenal performance in Salman Khan-starrer Tiger Zinda Hai, looked no less than an angel in a Manish Malhotra label. She wore a pale blue-coloured lehenga with a sequined cold-shoulder blouse. Her sister Isabella Kaif also wore an exclusive Manish Malhotra outfit.

Aishwarya Rai Bachchan looked ethereal in a white lace and pearl lehenga by Manish Malhotra label. She kept her accessories minimal, but it was her outfit which was doing all the talking.

Filmmaker Karan Johar wore a bespoke Sherwani by Manish Malhotra. He paired his outfit with a pair of Christian Louboutin shoes.

Aiyaary actor Sidharth Malhotra wore a Prussian blue bandhgala designed by none other than Manish Malhotra. 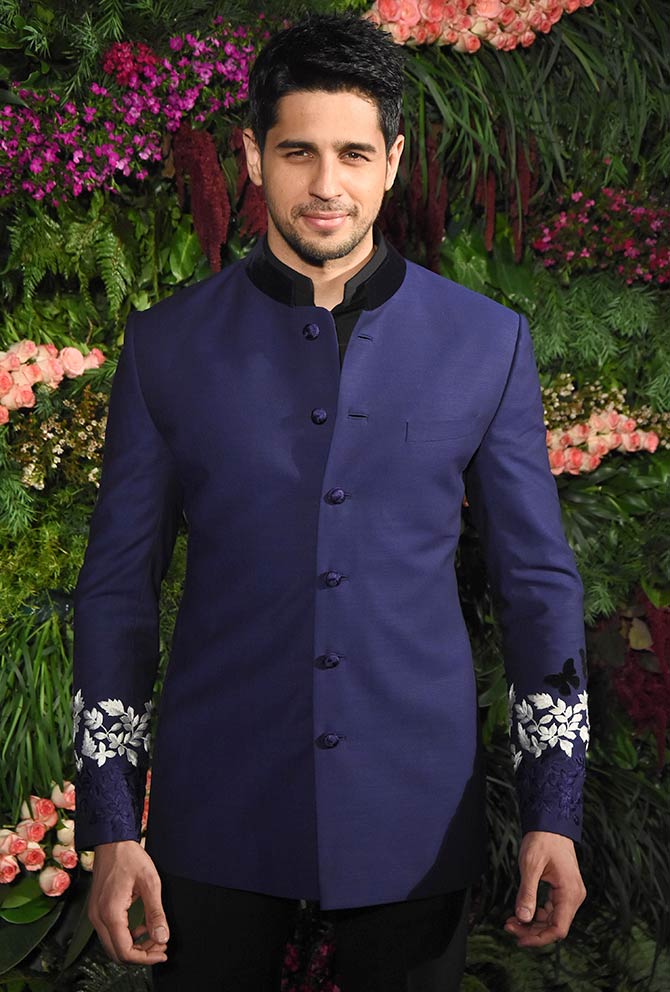 Befikre actress Vaani Kapoor also graced in a Manish Malhotra ivory saree with intricate threadwork. The actress wore zero accessories, but the stunning saree she wore grabbed all the eyeballs.

Kriti Sanon, who was also present at the reception, wore a Manish Malhotra saree. It was a handcrafted thread and pearl embroidered saree with a touch of sparkle. The off-shoulder blouse added oomph to her outfit. She paired her ethnic ensemble with a pair of Jaipur Jewels earrings.