'Kaanta Laga' fame Shefali Jariwala, in a recent interview, spilled beans about her first marriage with Meet Bros fame Harmeet Singh and revealed that it was 'mentally violent.' Not only this, but she even said that being financially independent helped her to get divorced in the year 2009. After her split, Shefali went on to marry actor Parag Tyagi in the year 2014 and the couple has been living happily ever after.

Actress Shefali Jariwala is one of the popular faces of the industry who rose to fame with her hit 2000s song 'Kaanta Laga.' After the same, she disappeared from the industry and soon returned to reality shows. She participated in the dance reality show Nach Baliye with her then-boyfriend and now-husband Parag Tyagi. But do you know this happens to be Shefali's second marriage as prior to this she was wedded with Harmeet Singh of Meet Bros fame? Yes, that's true! Shefali, in a recent interview, spilled beans about her first marriage and revealed that it was 'mentally violent.' Not only this, but she even said that being financially independent helped her to get divorced in the year 2009.

Speaking to Times Now about the same, Shefali said, "It is very important to understand that you are not being appreciated. Not every kind of violence is physical. There is a lot of mental violence that also happens and you are very unhappy in your life. I think, one of the reasons why I could make the decision for myself, was because I was independent. I was making my own money. 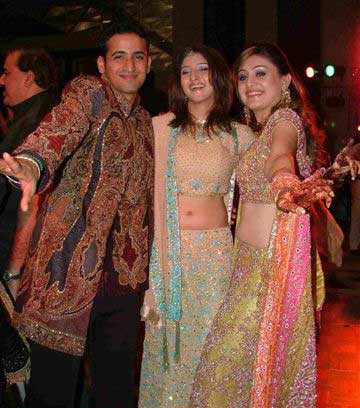 The biggest fear in our country is of society. Divorce is considered to be taboo but the way I have been raised, is to not really care about society but just do what we feel is right. I could take such steps in my life and had strong support."

After her split, Shefali went on to marry actor Parag in the year 2014 and the couple has been living happily ever after. The couple has been planning to go for adoption but due to the COVID-19 lockdown, the plan has been getting postponed.

Talking about the same in an interaction, Shefali said, "From the moment I have understood the meaning of adoption which was when I was, 10 or 11, I always wanted to adopt a child. It is difficult, especially when you can have your own children. There is pressure from the society, from friends and family, but Parag and I spoke about it and we want to adopt a girl child. The process is ongoing and pretty tedious. There is a lot of paperwork involved but we are hopeful it will be done soon."

She told Spotboye in October that due to the pandemic, everything has been put on hold since it requires a lot of work. Shefali said that the same will take its own time and she wishes that everything go smooth and fast.