South Indian superstar Rana Daggubati is finally engaged to girlfriend Miheeka Bajaj. The actor made it official with a small roka ceremony in the presence of friends and family last week. Check out unseen photos from the ceremony.

South Indian superstar Rana Daggubati is finally engaged to girlfriend Miheeka Bajaj. The actor made it official with a small roka ceremony in the presence of friends and family last week. Their photos broke the internet as the couple looked beautiful together. While Rana wore a traditional outfit, Miheeka donned an ethereal saree on the occasion. Just a few days before the ceremony, Rana Daggubati took to Instagram to reveal that he had proposed Miheeka and she said yes. The announcement left the fans surprised as not much has been out there about the actor's love life.

As per Rana Daggubati's father, the couple can have a December wedding and fans are eagerly waiting for it. From the photos of the engagement ceremony, it surely looks like Rana and Miheeka are madly in love with each other. Interestingly, the duo has even got the first alphabet of their names tattooed on their wrists as well. A photo has surfaced on the internet in which 'R and M' are written in an infinity sign with a heart. Check out- 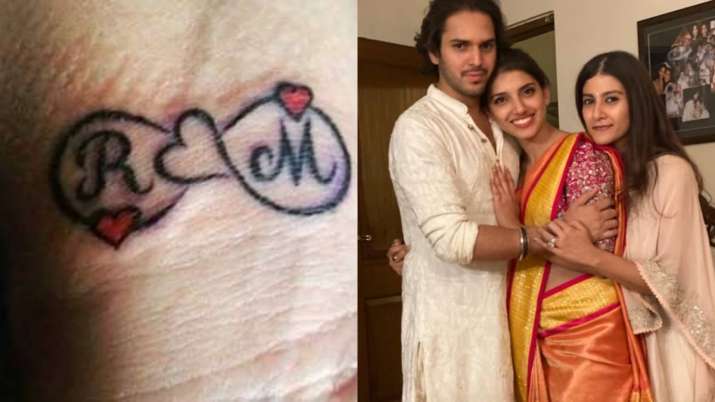 In the engagement pictures, the 35-year-old actor is all smiling as he poses with Miheeka. Actors Samantha Prabhu and Naga Chaitanya are also seen in the photos. Check out more unseen photos from the ceremony- 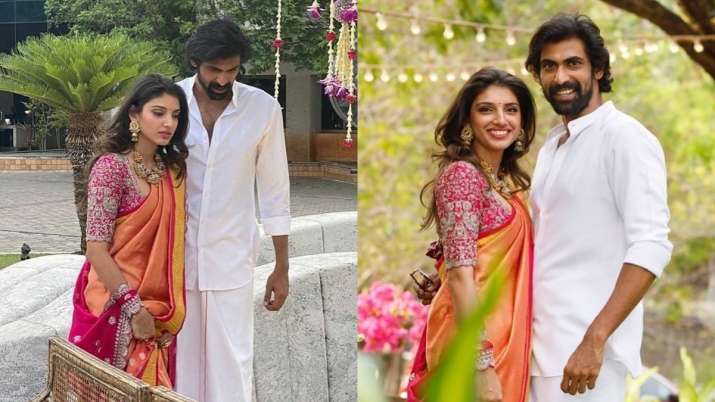 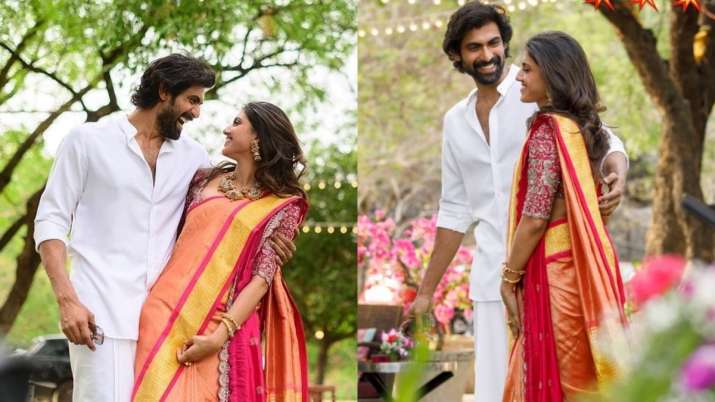 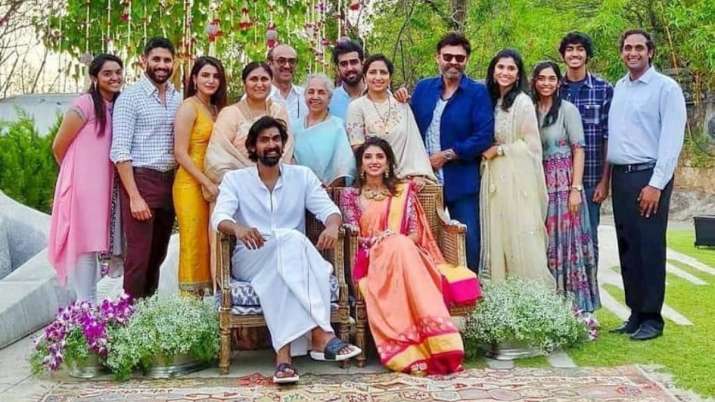 For the unversed, Miheeka is a Businesswoman. She is born and brought up in Hyderabad by parents Bunty and Suresh Bajaj. She runs an interior decor and event business called Dew Drop Design Studio. Miheeka has got her Masters's degree in Interior Design from Chelsea University.

Talking about Rana and Miheeka's wedding, actor's father Suresh Babu told Hyderabad Times,  "During these grim times, we finally have a reason to celebrate. The entire family is happy. The kids have known each other for a long time now and we’re all very happy for them. It’s too soon to talk about other details about the wedding. We will reveal everything at the appropriate time." 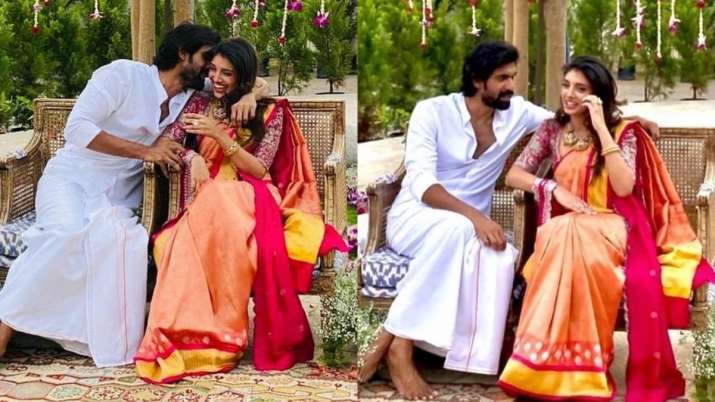 Rana's father further reveals, "The wedding will happen this year. We were thinking of having it around December but it could happen even sooner than that too. We will reveal the details once things are finalised. One thing’s for sure, the kids have given us a nice way to enhance our lockdown productivity. We’ll now be busy planning a wedding."

On the other hand, during his conversation with actor-producer Lakshmi Manchu, Rana Daggubati revealed that his proposal was simple and real. He also said that after meeting Miheeka, he realized she is the one he would want to spend the rest of his life with.