Things are getting uglier between Kangana Ranaut and Aditya Pancholi. The actor has filed counter suit after Kangana Ranaut’s sister Rangoli filed a complaint against him at Versova Police Station.

Kangana Ranaut’s sister Rangoli manages to grab the eyeballs every other day with her shocking comments and accuses on the other actors. This is no secret that Kangana Ranaut along with her sister Rangoli has been in a battle with actor Aditya Pancholi ever since the actress accused him of using her and exploiting her. Now the latest reports suggest that Rangoli Chandel, Kangana Ranaut’s sister, has filed an application before the Versova police station, stating her sister was exploited and abused by actor Aditya Pancholi at least a decade ago. Soon after she went to the police with her complaint, Aditya Pancholi also filed a countersuit against Kangana and her sister saying that their lawyer threatened him with a false rape case.

Things are getting uglier between Kangana Ranaut and Aditya Pancholi. The senior officer from the police station revealed, “We have asked both of them to record their statements. We will conduct an inquiry before registering an FIR.” On the other hand, Pancholi told Mid-day, "Following the defamation case, her lawyer, on January 6 this year, threatened to file a rape case against me, if I didn't withdraw the defamation case against his client." Calling it "a conspiracy" against him, he added that he was surprised when cops reached out to him with a notice on April 25. 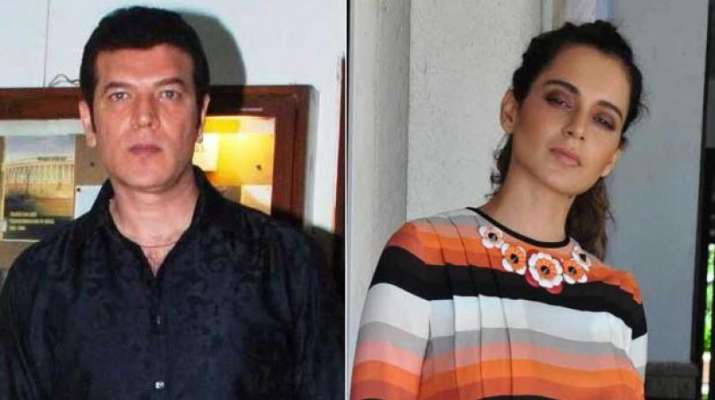 Aditya Pancholi has also claimed that he has a number of videos and phone recordings that purportedly show Kangana’s lawyer Siddique threatening him. His statement was recorded on Sunday. “I submitted my application with the police against Siddique, Kangana and Rangoli earlier this month. I have submitted the video in the police station and court. Rape is the worst kind of crime that can happen [to any woman],” he said.

Kangana Ranuat’s sister has been making headlines for the while now after she slammed many Bollywood actors including Alia Bhatt, Soni Razdan, Randeep Hooda, Richa Chadha through a series of tweets. Latest, she showered her wrath again on Hrithik Roshan when Kangana’s film Mental Hai Kya got postponed to clash with Hrithik’s Super 30.