Kangana Ranaut's sister Rangoli Chandel even claimed that the actress has rejected Bhansali and YRF films.

Bollywood actress Kangana Ranaut's sister Rangoli Chandel has again taken to Twitter to those ''defaming'' the Manikarnika actress. Recently, rumours of Kangana interfering in the direction of her next movie Mental Hai Kya surfaced. While the director Parakash Kovelamudi has already refuted the rumours, Rangoli doesn't seem to be in a mood to let them go. She took to Twitter to blast at those targetting Rangoli.

Sharing a report, Rangoli tweeted, “Every time nepo (nepotism) gang wants to harm Kangana’s career they make such articles viral, truth is every director isn’t looking to baby sit a thumb twiddling dumb star kid, some rather have a partner who is watching their back.” She even went on to say that it is Kangana who gave breaks to directors such as Aanand L Rai and Vikas Bahl. ''Kangana has to push her directorial to accommodate brilliant new age makers who are hoping to break through in Bollywood, she is one of those rare actress who has given break to directors like Aanand L Rai, Vikas Bahl,” she wrote.

For unversed, Kangana got two of her biggest hits so far under Rai and Bahl direction-Tanu Weds Manu and Queen respectively. With Queen, Kangana bagged her first National Award for Best Actress whereas Tanu Weds Manu was the actress' first-ever Rs 100 crore movie.

Rangoli further claimed that Kangana has even rejected Bhansali, Yash Raj Films and even Rajkumar Hirani's Sanju. ''Kangana has willingly said no to Khan films, YRF films, Bhansali, Kumar( Singh is Bling), Devgan(Baadshaaho), Kapoor( Sanju)films, if she had done all these she would have made to all popularity lists, she chose the path less travelled.. you compare her with these women who will give a left arm for these films or these heroes, her success is of a diffent nature if you always put her with these actress who go wagging their tails if a big hero does one ishara, its a humiliation of human vision,'' she tweeted. 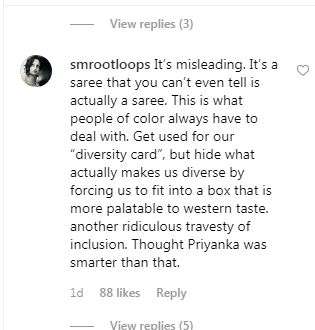 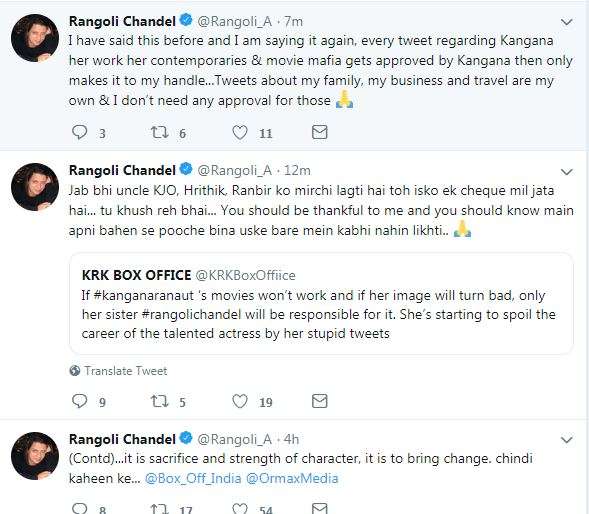