Priced at Rs. 3,499, the Mi Box 4K is a small set-top box that plugs into your old TV using the HDMI port and converts it into a SmartTV. But is it worth buying? Let's find out.

Currently, you can get a smart TV at an affordable price from brands like Xiaomi, Vu, Shinco, OnePlus and more. However, it has not always been like that. People who bought their shiny large TV four-five years ago and didn’t splurge out an insane amount for a smart TV are now forced to stream OTT content on their phones or laptops.

As a solution to this problem, Xiaomi has launched the Mi Box 4K in India. Priced at Rs. 3,499, the Mi Box 4K is a small set-top box that plugs into your old TV using the HDMI port and converts it into a SmartTV. It just needs an HDMI port, which means your 10-year-old TV is still good for binge-watching your favourite TV series on Netflix, Amazon Prime Video, YouTube and other platforms.

Who exactly is the Mi Box 4K for?

One of the biggest possible use-cases is for someone who is using a TV that was never smart to begin with. People who bought big screen TV in the past decade are perfectly happy with their it running on cable or a DTH box. Many people don’t want to get rid of their perfectly functional TV in order to stream their favourite shows using the ever-popular streaming service directly on their TV. Especially in this lockdown due to COVID-19, you may find the need to watch more movies if you sit at home. A device like the MI Box 4K can solve your problem without you needing to splurge on a new TV.

Also, one of the biggest concerns with technology is that companies don’t provide software updates. With smartphones, you feel the need to buy a new one, if it stops getting software updates, however, if you old SmartTV stops getting updates and you can easily plug in a new Mi Box 4K and get to the latest software of Android TV 9.0 Pie. The company has promised to keep the Mi Box updated, which is a great thing.

How well does the Mi Box 4K perform? 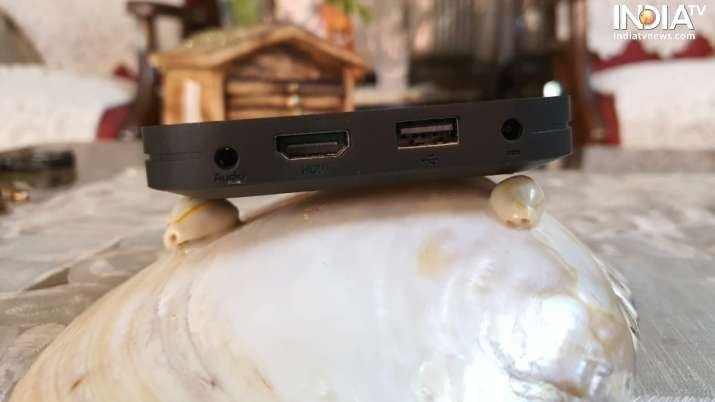 Going into the Mi Box 4K, my expectations were low. It looks and feels just like the Apple TV 4K and can be placed on a table. It comes included with an HDMI cable, which plugs into your TV and a power adapter that needs to be connected all the time. I already had a smart TV at home, so I felt the need to plug it into my old TV which was around seven years old. I used that TV usually to play on my PlayStation 4. I was interested to see how well it can when compared to an actual SmartTV and I was genuinely impressed. Overall performance of the Mi Box 4K is like any normal SmartTV. It's just like a CPU and the TV functions as a monitor.

Being an Android-powered device, it can run any app designed for the Android TV, meaning all our favourite streaming platforms and many games can run very well on this device. 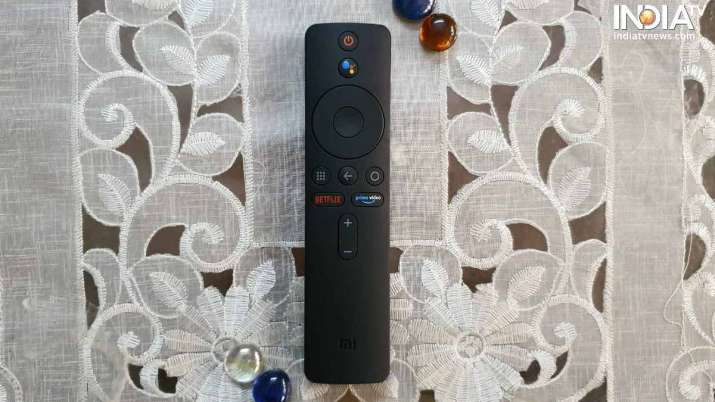 The remote sports a minimalist design with only a handful of buttons. Sadly, it cannot be used to control your TV, so one would have to keep at least 2 remotes handy, which is not a big deal. I loved the Netflix and Prime Video shortcuts as they allowed me to jump directly into the respective OTT platforms on a click of a button. However, I would have liked to see customizable buttons that I could have mapped to Disney+ Hotstar, YouTube or other frequently used apps.

Should you buy the Mi Box 4K?

The Xiaomi Mi Box 4K isn't necessarily something that a lot of people will need or want, but for those who need it, it's a blessing in disguise. There are other competitors, like the Amazon Fire Stick or the Airtel X-Stream, but unlike those, it's cheaper and supports 4K and is HDR capable. It also is not associated with a brand who is in the entertainment world, so it cannot possibly try to push you to their streaming service.

I wouldn’t necessarily say that the Mi Box 4K is the best considering the build quality of the box and the remote. However, for the price the functionality offered is really impressive. If you are looking to give a new life to your old TV, then the Mi Box 4K is a really good option.