Ahead of the start of the final against India on June 18, we take a look at New Zealand's road to the WTC final.

Unlike Team India, New Zealand weren't among the top favourites to make the final of the inaugural World Test Championship and it was ascertained following a scratchy start they incurred on the road before making a timely comeback relying on home comfort to become the first team to qualify for the Southampton summit clash. Ahead of the start of the final against India on June 18, we take a look at New Zealand's road to the WTC final.

Sri Lanka ticked most, if not all, the boxes on the Galle track which they read perfectly and acted accordingly to hand New Zealand a six-wicket defeat in their WTC opener. But the Blackcaps bounced back in a supreme manner in Colombo on the back of centuries from Tom Latham (154) and BJ Watling (109) and impressive bowling display from Trent Boult and Tim Southee. New Zealand defeated Sri Lanka by an innings and 65 runs in the second Test to draw the series 1-1.

Just when the Kiwis were looked inspired from their emphatic win in Colombo, they ran into the mighty Australians who were still fresh from their magnificent Ashes tour in England that summer. The super substitute Marnus Labuschagne scored two centuries including a double. David Warner and Travis Head both scored their respective centuries while the bowling trio of Nathan Lyon, Mitchell Starc and Pat Cummins averaged less than 20 as the visitors were blanked 3-0 in the contest.

New Zealand's concerns did not stay long as cushioned by home comfort, Kane Williamson's men defeated the then No.1 ranked Indian side, inflicting them their first loss in the WTC.

India had won seven Tests on the trot, which including home series wins against South Africa and Bangladesh, to stand at the top of the WTC points table and the only unbeaten side. However, Southee (4/49) and debutant Kyle Jamieson (4/39) orchestrated India's batting failure in the first innings at the Basin Reserve. The veteran pacer then picked up a five-wicket haul in the second innings (5/69) to hand the hosts a nine-run target. 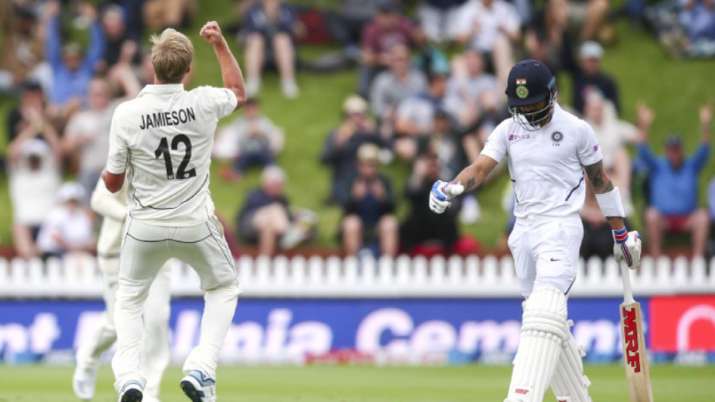 Jamieson continued to impress in his debut series, pulling off a maiden fi-fer (5/45) in the second Test. India had however managed to take a slender lead in the first innings before setting a tricky target of 132 which was eventually chased down by Latham (52) and Tom Blundell (55) en route to their 103-run stand.

This was New Zealand's first Test series after the pandemic. ICC had by then changed the qualification rule for the final, basing it on the percentage of points won rather than total points, which left the Blackcaps at the fourth spot (50 per cent), behind England (60.83), India (75) and Australia (82.22).

Captain Williamson scored a momentous 251 in the opener in Hamilton which proved enough in New Zealand innings and 134 run win against the Windies. He then left the bubble for the birth of his first child, but the hosts remained equally dominant in the second Test where Henry Nicholls stepped up with a superb 174 before five-wicket hauls from Southee (5/32) and Jamieson (5/34) guided New Zealand to an innings and 12 runs victory.

New Zealand's winning streak on home soil continued and Williamson once again played a pivotal role in the series against Pakistan. Returning from the birth of his child, Williamson scored 129 in the opening Test at Mount Maunganui en route to their 101-run win before following it up with an imposing 238 in the second Test. 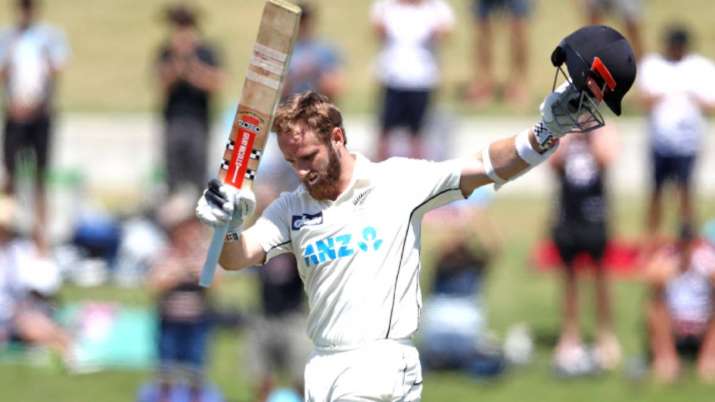 Another player who hogged the limelight was young Jamieson, for whom this was only his second Test series. He picked 11 wickets in the second Test (5/69, 6/48) and was eventually named the player of the match.

The 2-0 series win saw New Zealand jump to the top of the WTC points table with 70 per cent contest points and grab the No.1 ranking in Test.