The IPL 2020 Auction will be held in Kolkata on December 19 and proceedings will begin at 15.30 IST.

A total of 332 players will go under the hammer in the Indian Premier League [IPL] 2020 Player Auction and it will start at 15.30 IST in Kolkata on December 19. A total of 997 players had initially registered but the list was trimmed down by the eight franchises and a shortlist was submitted.

A total of 186 Indian players, 143 overseas players and 3 players from Associate Nations will be up for grabs in Kolkata next Thursday.

IPL 2020: Overseas players who could earn big bucks in auction

IPL 2020: Five Indian players who can do the heavy lifting in auction 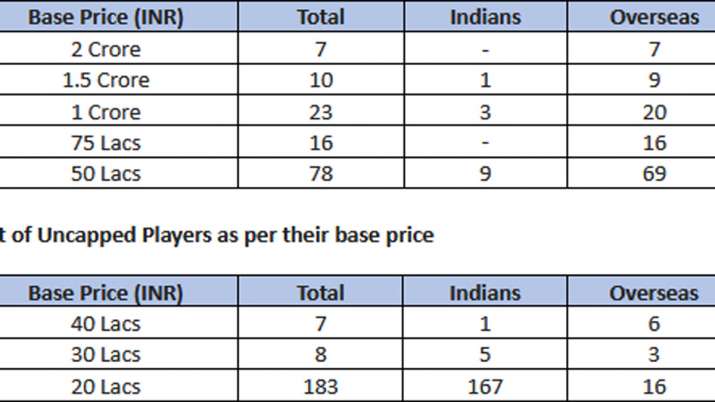 Robin Uthappa is the only Indian player in the auction with a base price of INR 1.5 crore while other Indian big names like Piyush Chawla, Yusuf Pathan and Jaydev Unadkat have set their base price at INR 1 crore.

This will be the last mini auction before teams re-assemble from the scratch in 2021 ahead of the 14th edition of the IPL.