After batting, is wicketkeeping also becoming an area of concern for Rishabh Pant?

Rishabh Pant struggled behind the stumps to the turning ball when Yuzvendra Chahal was bowling in the second T20I in Rajkot.

Till now, the only area of concern regarding Rishabh Pant was his inability to stay at the crease and finish games off but on Thursday, he gave people one more opportunity to scrutinise and call Pant out. His keeping will now be under the scanner after he made a glaring error during the sixth over of the Bangladesh innings, which saw a clear stumping being overruled off Yuzvendra Chahal. And, the worrisome part is, he repeated it almost again, which would have cost India another wicket.

Pant's struggles behind the stumps is not a new topic to dwell on. In fact, when Mahendra Singh Dhoni burst on to the scene, he struggled to keep wickets as well to the likes of Anil Kumble and Harbhajan Singh. But, what Pant did in Rajkot, would force anyone to stand up and criticize the 21-year-old. While keeping to Yuzvendra Chahal, he stumped Liton Das on 17 after Chahal completely outfoxed the batsman. But, the umpires went for the replays and videos showed that he collected the ball in front of the stumps and dislodged the bails to complete the stumping, thus, the wicket being overruled and the ball being declared a no-ball.

However, Liton fell for 29 thanks to some quick thinking from Pant after he failed to grab the ball first time from Chahal. This time, however, Das without seeing around ran down the wicket and Pant quickly collected the ball and ran him out to redeem himself. But, once again, the worrying thing is, he failed to grab the ball first time off the spinner. Few overs later, once again, as Chahal outsmarted Soumya Sarkar and Pant completed the stumping, the tv umpire was called in and videos showed that his hands were touch and go as he completed the stumping. However, this time, Sarkar wasn't as lucky as Liton and was ruled out.

Now, if you are training to be a wicketkeeper, the first lesson is, don't catch the ball ahead of the stumps and after this many years of top-tier cricket, a mistake like this shouldn't happen. So, what can Pant do to make sure this doesn't repeat? For starters, stand a little behind the wicket. Pant stands too close to the stumps and in the process, his hands are going ahead while he is trying to break the timber. Pant's attempts in Rajkot, looked very much Dhoni-esque but in the process, he messed up the stumping. What Dhoni did very well was collect the ball and smash the stumps. His hands didn't go back and there is no follow-through, therefore, it all happens quick and in one action. Pant's, on the other hand, did go back and in the process of being quick, he also failed to realise that the position of his gloves is not correct.

This highlights another issue amidst questions regarding his ability behind the stumps. It was due to his keeping that Wriddhiman Saha made it back to the Test XI against South Africa because Saha is miles ahead when it comes to wicketkeeping compared to Pant and if the 22-year-old continues to make such mistakes, his place in the shorter formats, which is safe for now, can be under the scanner as well.

Recently, Australia great Adam Gilchrist asked Indian fans to not compare Pant to Dhoni and this is perhaps something the Delhi wicketkeeper-batsman can begin with on the drawing board himself, especially when he is keeping to spinners on turning tracks.

"I'm not big on comparisons like I have said before. I think Indians fans shouldn't be trying to compare him to Dhoni. Dhoni has set such a high benchmark. One day someone might match it but it is probably unlikely," Gilchrist said.

"Rishabh looks like a very talented young player. Just don't put too much pressure on him too early and expect that he's going to produce Dhoni-like performances every day," he added. 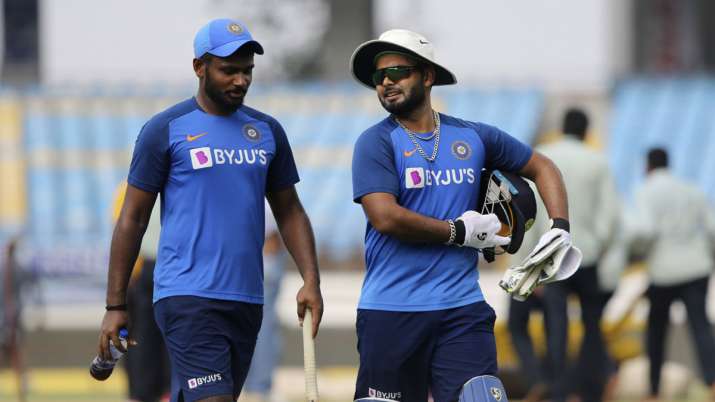 Pant's batting has been questioned for a while and they still remain and what he doesn't need now is more reservations regarding his work behind the stumps as well. With over a year-and-a-half of grooming and Sanju Samson breathing down his neck, more mistakes will only make matters worse for Pant, who for now continues to enjoy the team management's backing for the hot-seat behind the stumps ahead of the T20 World Cup next year.