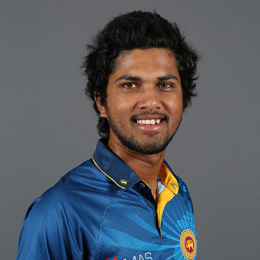 One of the most promising batting talents to emerge out of Sri Lanka, Lokuge Dinesh Chandimal was also their youngest ever captain when he was handed the reins of the T20I side in 2013 aged just 24. Though he burst onto the scene with impressive centuries against India in his debut ODI series in the Carribean, the right-hander carried his form into Tests and now forms an important pillar of the Islanders' batting. Recently made the full-time captain of the Lankan ODI side Chandimal will be hoping to rebuild a fledgeling team with the 2019 World Cup looming large.