Delhi is witnessing the coldest December in years. Very dense fog covered the national capital region in the early hours of Monday, which led to a delay in the movement of several flights and trains, while 6 people died in a road accident resulting out of dense fog on the streets.

Delhi witnessed an extremely cold winter morning on Monday as the minimum temperature dropped to 2.6 degrees Celsius. Dense fog engulfed the national capital region which dropped the visibility to zero metres at some places. Meanwhile, thousands of passengers were left stranded as several flights and trains were delayed in Delhi. Over 500 flights were delayed, 21 diverted, while 5 other flights were cancelled at Delhi's IGI Airport due to dense fog.

Flights are operating at the airport under CAT III B conditions, which means the runway visual range (RVR) is between 50 metres and 175 metres.

Giving an update on flight operations at 11:08 am, the official said 16 flights were diverted and four cancelled "as of now".

"Owing to dense fog in north India our flights have been impacted across India. We will continue to review the situation and provide real-time updates on our social platforms," said Indigo airlines in a statement.

The airline also requested passengers to check flight status before leaving home and reach out to its customer care. 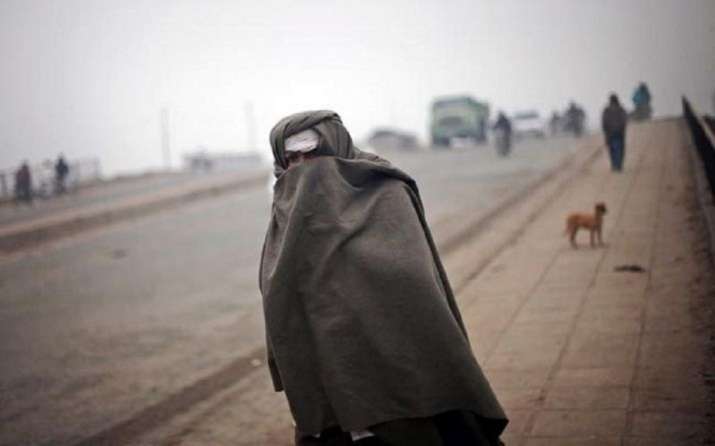 Train travellers were also hit due to the fog, marring year-end holidays for some and urgent travel plans for others. Thirty trains were delayed by two to seven-and-a-half hours, according to a Railways official.

The Delhi-Bhubaneshwar Rajdhani was delayed by seven-and-a-half hours.

While some people went about their work, many decided to stay at home, peering out of their windows hoping to catch a glimpse of the sun through the blanket of fog.

As a thick fog descended over the region, six people, including two minors, were killed when their car skidded off the road and fell into a canal in Uttar Pradesh's Greater Noida, apparently due to low visibility, police said.

Eleven people travelling in an Ertiga car were on their way to Delhi from Sambhal when the accident occurred.

"The car fell into the Kherli canal in Dankaur area. All 11 were taken to a hospital where doctors declared six of them dead, while the remaining five are undergoing treatment," a police spokesperson said, adding that the accident appeared to have taken place due to low visibility caused by fog.

Also Read | Delhi traffic advisory for New Year's eve; THESE routes are to be avoided

The minimum temperature settled at 2.6 degrees Celsius at the Safdarjung observatory, four notches below the season's average, and humidity was 100 per cent.

To make things worse, pollution levels were also high with Delhi's air quality index at 448 at 9.38 am. The intense cold, high humidity and low wind speed allowed the accumulation of pollutants leading to further deterioration in the national capital's air quality.