What a reunion! Here's what happened when Arun Govil, Dipika Chikhlia, and Sunil Lahri aka Ram, Sita and Laxman from the iconic mythological show, Ramanand Sagar's Ramayan graced The Kapil Sharma Show. Expect lot of masti, stories and anecdotes.

We have seen many celebrities having fun on the popular comedy show The Kapil Sharma Show but this weekend will be special when the Godly characters will grace the show. We are here talking about actors Arun Govil, Dipika Chikhlia and Sunil Lahri who were a part of the iconic mythological show, Ramanand Sagar's Ramayan as they played the roles of Ram, Sita, and Laxman. The three stars will share the unheard stories of their stardom during the time when the show was at its peak.

A recent promo shared by the makers the host and comedian Kapil Sharma asking some most asked rumoured questions in response to which he got some hilarious replies from the guests. Ram aka Arun revealed that there was a time when the costumes of the show started itching them just by seeing them. Further, Deepika talked about how people never greeted her with a 'hi' or 'hello' but would always bow down in front of her with folded hands. Laxman aka Sunil joked about how people learned that Hanuman (which was played by Dara Singh) is a Punjabi man. 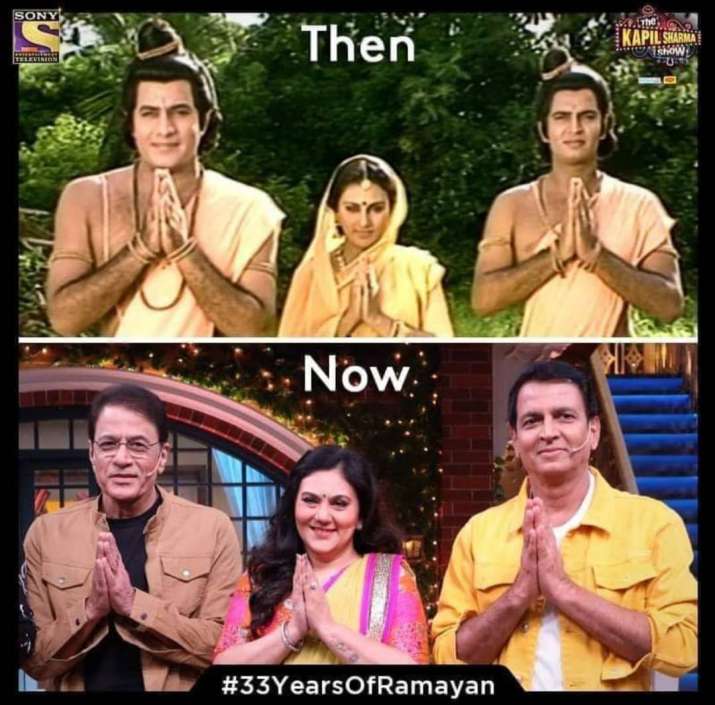 A post shared by Sony Entertainment Television (@sonytvofficial) on Mar 3, 2020 at 7:30am PST

Check out the promo here:

A post shared by Sony Entertainment Television (@sonytvofficial) on Mar 2, 2020 at 9:12am PST

Talking about the cult Ramanand Sagar's show Ramayan, it first aired between January 1987 and July 1988 and was a huge hit amongst the audence. Later, the show was re-created on the small screen by many other production houses, but the charm of the original one was different.