Laughter queen Bharti Singh is celebrating her birthday today. The comedian-actress rang in her birthday with her husband Haarsh Limbachiyaa and friends Jasmin Bhasin and Aly Goni.

Laughter queen Bharti Singh is celebrating her birthday today. The comedian-actress rang in her birthday with her husband Haarsh Limbachiyaa and friends Jasmin Bhasin and Aly Goni. The diva cut five cakes and also made a wish. Aly took to his Instagram stories to wish Bharti on her birthday and wrote, "Happy Birthday didi." In the video, Jasmin and Haarsh can be seen standing with Bharti as she cuts the cake while Aly shoots the video.

On the other hand, Haarsh also shared a hilarious video wishing his darling wife on her birthday. using funny face filters, Haarsh can be seen singing "happy Birthday' song for Bharti. The comedian asks Haarsh what is he giving her on her birthday, he replies that he has already given her 'the funny face.' Reacting to the same, Bharti commented, "hooooooo kya krta hai harsh tu." 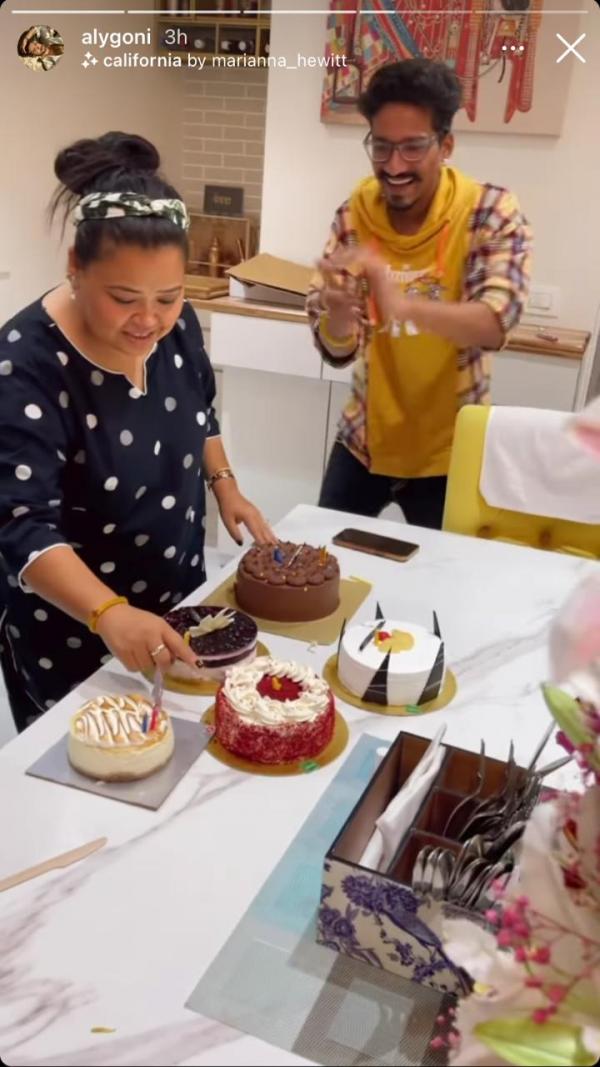 Bharti and Haarsh appeared together with Aly Goni and Jasmin Bhasin in the adventure reality show Khatron Ke Khiladi 9. The four have been great friends since then and are frequently spotted together.

On the professional front, Haarsh and Bharti were last seen hosting the dance reality show Dance Deewane 3 which is judged by Madhuri Dixit, Dharmesha nd Tushar Kalia. The couple stepped in for Raghav Jugal who tested positive for Covid 19. Soon, Bharti will be back on the small screen with her performance in the most popular show The Kapil Sharma Show.