Bigg Boss 13: After Arti Singh, it's time for fight between Sidharth Shukla and Shefali Bagga

Bigg Boss 13 will now see the second part of the luxury budget task after which Sidharth Shukla and Shefali Bagga will fight on the top of their voice.

Can "Bigg Boss" be complete without fights? Barely four days into season 13, and the show is already witnessing the start of what promises to juicy spats over the coming weeks. In Thursday's episode, viewers will get to see a face-off between actor Sidharth Shukla and anchor Shefali Bagga.

For the season's first-ever luxury budget task, Bigg Boss turned the house into a hospital. The first day of the luxury budget task saw Shefali, Dalljiet Kaur, Shehnaz Gill, Paras Chhabra, and the team carry forward the proceedings of the hospital task and play the role of a doctor. On Day Two, it was time for a role reversal. The patients would play the doctors and continue the task. 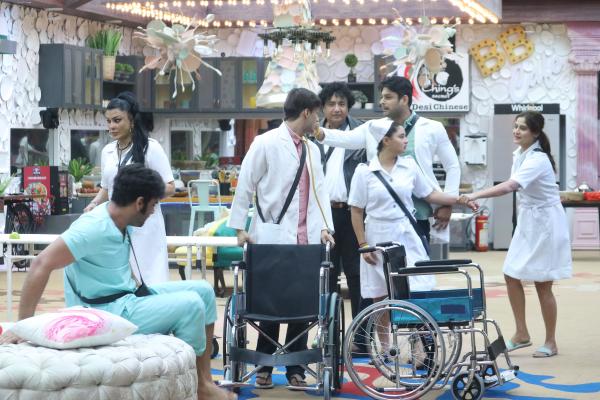 The task takes an unpleasant turn when Mahira faces discomfort on applying bleach on her face. By the end of the task, a major fight breaks out between Shefali and Sidharth Shukla and they end up name-calling and mudslinging each other. Aarti and Koena try to control the situation and ask Sidharth to back off.

Shefali's fight with the contestants gets uglier as Bigg Boss asks the housemates to unanimously elect the queen of the house. Everyone else agrees on one name but Shefali refuses to budge and nominates herself for the title.