Remember actor who played Virani in the cult show Kyunki Saas Bhi Kabhi Bahu Thi is all prepped up to play the role of Shani Dev in Paramavatar Shri Krishna. The actor has worked in several shows and is excited to work in the mythological show again. He has worked in the comedy space as well as the supernatural genre and is never apprehensive about experimenting with different characters.

The actor said in a statement: "I have always found a calling for mythological characters. Shani Dev as a character has always built a great intrigue within me. Although I have played the character once, I really don't mind essaying it again because there are another style and shade to the character which is another discovery in itself."

"No matter how many tales may be spoken about, there are certain facets and characteristics of Shani Dev that remain unexplored and through 'Paramavatar Shri Krishna', I get to showcase it on-screen. I think it's this little curiosity and fascination that made me once again venture onto the route of mythology. Reliving a character for the second time after a gap of nearly three years is an exciting challenge which I look forward to." 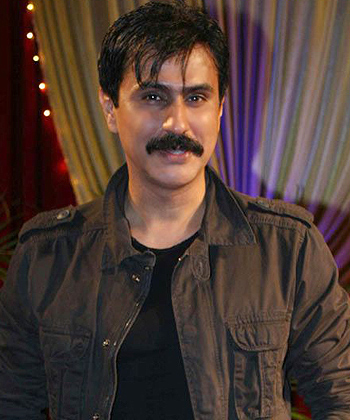 He said: "I enjoy exploring diverse characters, however distinct they might be from the ones I played earlier. I enjoy the thrill and challenge that it brings about. While I have often been approached for roles that are positive and have an innocent facet to it, I have essayed a few negative ones which have added that diverse shade to my actor's personality.

Talking about the show, it airs on &TV.