Post watching Sardar Udham, Taapsee Pannu, who worked with Vicky Kaushal in Manmarziyaan, took to her Instagram and wrote "I sincerely wish and shall heart fully pray this one goes as an official entry to Oscars from India."

Bollywood actress Taapsee Pannu is among the first few celebrities to review Vicky Kaushal's latest film, Sardar Udham. The actor is basking in praises by friends, fans and even critics for his exceptional performance in Sardar Udham. While the film hit Amazon Prime on October 16, Vicky Kaushal had hosted a special screening, which was attended by his friends from the industry including Katrina Kaif. The actor has put his blood and sweat for Shoojit Sircar directorial, which made Taapsee wanting an oscar for the film.

Post watching the film, Taapsee Pannu, who worked with Vicky in Manmarziyaan, took to her Instagram and wrote "I sincerely wish and shall heart fully pray this one goes as an official entry to Oscars from India." Sardar Udham Review: Vicky Kaushal, Shoojit Sircar stir up horrors of Jallianwala Bagh massacre masterfully 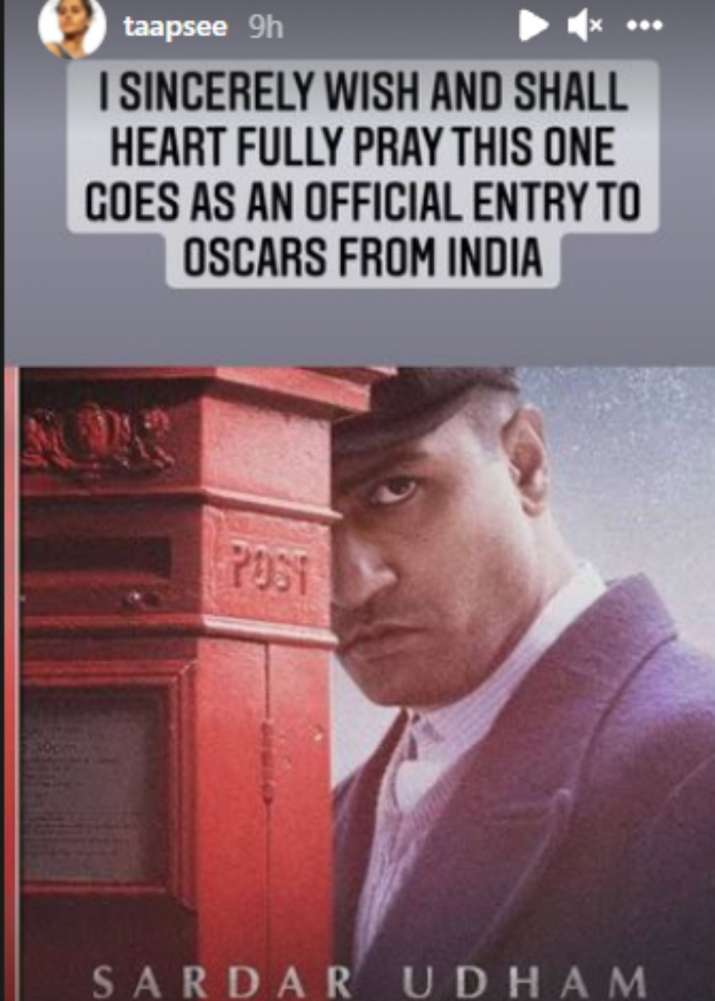 Sardar Udham is a story of Sardar Udham Singh, a gallant and patriotic man who fought selflessly and courageously against the British subjugation of India. The film focuses on the undeterred mission of Sardar Udham to avenge the lives of his beloved brethren who were brutally killed in the Jallianwala Bagh Massacre of 1919. They fired 1,650 rounds of bullets. He only fired 6, but the impact of those 6 has got etched deeply into the hearts of freedom fighters and the generations that followed. This story showcases the undying bravery, fortitude, and fearlessness of an unsung hero, from the deeply buried annals of our history.