Irrfan Khan opens up about wife Sutapa's support during his fight with Cancer, says, 'Want to live for her'

Irrfan Khan who was diagnosed with a Neuroendocrine Tumour in March 2018 reveals how his wife Sutapa has been supporting him like a rock. The actor will next be seen in Angrezi Medium, all set to release on March 13.

Fans and well-wishers of Bollywood's one of the finest actors Irrfan Khan were left shocked when he announced the news of him being diagnosed with a Neuroendocrine Tumour in March 2018. This is the reason why he has been too and fro for his treatment. Talking about the same in an interview with Mumbai Mirror, the actor opened up about how his wife Sutapa has been a pillar of strength for him. Irrfan reveals how his partner has been encouraging him to overcome the disease and how he just wants to live his life for her.

Irrfan soon after he was diagnosed with Cancer went to London for his treatment but was back in India in February 2019 to shoot for him film Angrezi Medium which happens to be his first film after his cancer treatment. Talking about his treatment, he said, "It's been a roller-coaster ride, a memorable one. Happy moments were underlined because of the inherent uncertainty. We cried a little and laughed a lot. We became one huge body."

There are more life forms in a handful of forest soil than there are people on the planet. Credit :Sabine Cattaneo #wondering #locarnofilmfestival2017 #animals #Peterwohlleben #thehiddenlifeoftrees #forest #treescommunicate

Coming back to the support he is getting from his wife, the actor said,  "What to say about Sutapa? She is there 24/7. She has evolved in care-giving and if I get to live, I want to live for her." Irrfan added: "She is the reason for me to keep at it still." 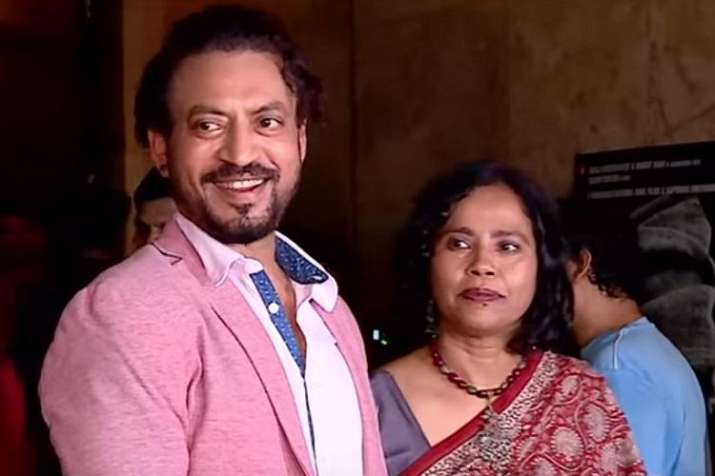 Irrfan is yet to completely recover from the disease and in the wake of the same he shared a special video message for his fans that gave an update about his health condition and said that he won't be a part of the promotional activity for his film because of the  "unwanted guests" resting in his body. Have a look at the video here:

Talking about the upcoming movie, the film has been produced by Dinesh Vijan and presented by Jio Studios and Prem Vijan.  Angrezi Medium, a Maddock Films production, is slated for a March 13 release.