Did Neha Kakkar and Rohanpreet Singh get 'rokafied?' Latest viral photo suggests so

A picture of Neha Kakkar and Rohanpreet Singh from their alleged 'Roka ceremony' is going viral in which the couple can be seen sitting hand in hand and smiling for the camera sitting by the side of presumably the to-be groom's parents. The two recently met on the set of Neha's song 'Diamond Da Challa' and now their wedding rituals have already begun. Seen their photo yet?

Neha Kakkar fans were left amazed after the news of her wedding with Rohanpreet Singh. However no official information from the alleged duo's side came, reports stated that they are all set to tie the knot on October 24. And while everyone was digesting the same, a fresh update came on their 'roka ceremony' that supposedly has already taken place. Roka happens to be the ceremony where the families of the groom and the bride fix the relationship between the two. Adding more to this, a picture of Neha Kakkar and Rohanpreet Singh is also going viral in which the couple can be seen sitting hand in hand and smiling for the camera sitting by the side of presumably the to-be groom's parents.

The picture even shows Neha holding a bag of gifts. If you remember their social media post in which Rohan was seen slipping a ring on Neha's finger, you will find that they are wearing the same outfit in the viral photo. Whether true or not, this news has definitely left us overjoyed. Disclaimer: The picture mentioned in the article has been taken from social media. India TV does not vouch for the authenticity of the same.

Check out the image here:

Talking about their wedding, a TOI report claimed, "The wedding is likely to take place in Delhi by the end of this month. It will be low-key due to the pandemic." The two recently met on the set of Neha's song 'Diamond Da Challa' and now their wedding rituals have already begun.

While Neha is still silent Rohanpreet's manager told the portal, "Yes, we have also heard such talks, but the two did a single together and that’s why they have been linked. Rohanpreet has no plans to get married." However, Rohan's latest Insta story suggests that there's definitely something cooking as he referred to Neha as 'MERI ZINDAGI.' Have a look

When asked about the wedding rumours, Neha's ex-boyfriend and actor Himansh Kohli told TOI, "Well if Neha is indeed getting married, I am happy for her. She's moving on in her life, she has somebody and it's great to see that." Speaking about whether he knows Rohanpreet, he said, "No, not really." 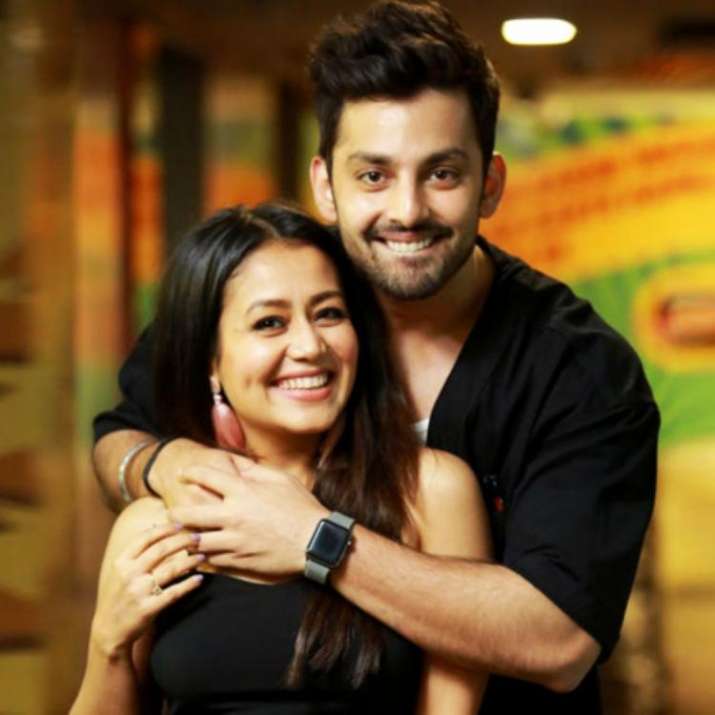 For the unversed, Neha and Himansh were in a relationship for 4 years, from 2014 to 2018. The reason why they broke up is still unknown but while speaking about their ugly split, the Yaariyan actor said, "I don't know why all her cryptic posts were associated with me when I know for a fact that she wasn't referring to me. Those were all misconstrued and flew across the media left, right and centre for no reason. Besides, relationships and break-ups are a common part of life. Sometimes, two people after being together realise that they are not incompatible with each other. It happens and it happened."