Arjun Rampal's GF Gabriella Demetriades on body shaming: 'Was told my hips are too big, thighs are too thick'

Arjun Rampal's girlfriend Gabriella Demetriades conducted an 'Ask Me Anything' session on Instagram where she recalled her modelling days and revealed that she had to face body shaming.

Bollywood actor Arjun Rampal’s girlfriend and model Gabriella Demetriades is an avid social media user and is often seen sharing adorable posts with her son Arik. Recently, the model conducted an 'Ask Me Anything' session on Instagram where she recalled her modelling days and revealed that she had to face body shaming. During the session, Gabriella was asked if she has struggled with body image in the past. "Have you ever struggled with your body confidence/ image? any advice," one of the followers asked her.

Responding to this, she replied, "Yes, sadly the fashion industry wasn't as diverse as it is today. I would be told all the time I'm not tall enough, my hips are too big, my thighs too thick, basically whatever they didn't like. It took me a long time to not place my worth on those things." 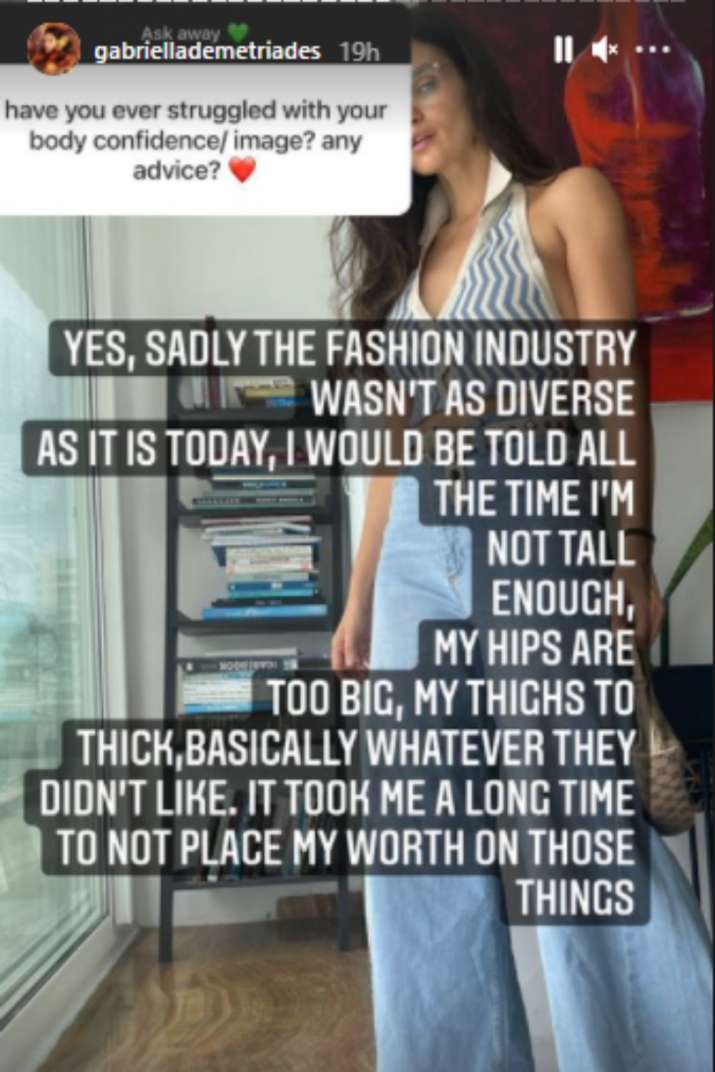 Many fans asked her about her skincare and hair care routine. "Your skin is so perfect, looking so healthy what's your secret?" In her response, she gave a better glimpse of her face and wrote, "I still have some pigmentation from pregnancy but I feel no alcohol, lots of sleep and exercise and a good routine (washing your face, sunscreen, moisturiser when needed and lots of Vitamin C) has really helped me."

Arjun and Gabriella welcomed their first child together, Arik, on July 18 2019. Her followers also asked about her son. One of the fans asked her, "Can I adopt your son?" To this, she replied, “No...I'm kinda obsessed."

On the professional front, Arjun recently completed the shoot for the upcoming action film Dhaakad. He plays the antagonist Rudraveer in the Kangana Ranaut-starrer. Dhaakad is a spy thriller that casts Kangana as Agent Agni. The Razneesh Razy Ghai directorial is expected to hit screens on October 1.