Ranveer Singh's bizarre style gets him into trouble ONCE AGAIN; This time Gully Boy actor trolls himself

Ranveer Singh knows how to laugh at himself. The actor, who is popular for his wacky fashion choices, played along with social media trollers and shared a meme comparing his clothing to a toilet cleaner.

Known as Bollywood's livewire star, Ranveer on April 18 took to his Instagram stories to post a meme making fun of his dressing sense.

It shows various versions of toilet cleaner bottles Harpic. His red and blue tracksuit perfectly matched the red and blue bottle of the cleaner. Alongside the meme, Ranveer wrote: "These Harpic bottles look lit as f***." He added a GIF in which Ranveer is seen pointing out a finger and laughing away. Check below: 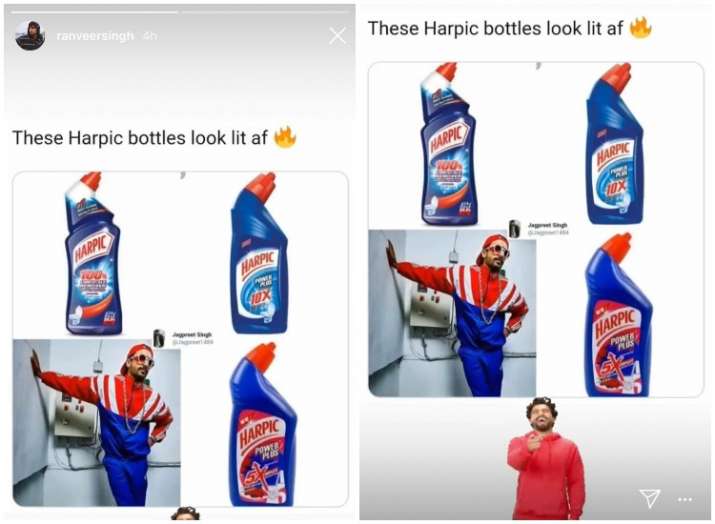 This is not the first time Ranveer has trolled himself.

A couple of months ago, he had shared another meme on his dressing sense. It showed how his fashion choices change from quirky to classy when he steps out with his actress-wife Deepika Padukone.

On the work front, Ranveer is currently prepping to portray the role of former Indian cricket team captain Kapil Dev in his upcoming film "'83". Presented by Reliance Entertainment and directed by Kabir Khan, the film about India's 1983 cricket World Cup victory will release on April 10, 2020.