Varun Dhawan's girlfriend Natasha Dalal wished the Bollywood actor on his birthday with a romantic message, saying she is looking forward to creating many "more memories together".

Varun Dhawan's girlfriend Natasha Dalal wished the Bollywood actor on his birthday on Wednesday with a romantic message, saying she is looking forward to creating many "more memories together". Varun turned a year older on Wednesday, and his colleagues and friends took to social media to wish him "a year full of happiness and good luck". Varun shared the messages on his Instagram story, which also included Natasha's heartfelt note. In the post, Natasha wrote: "Happy birthday to an amazing person who makes everyday special Varun. Continue to love life and never stop dreaming. Can't wait to share more memories together. Love you lots!" 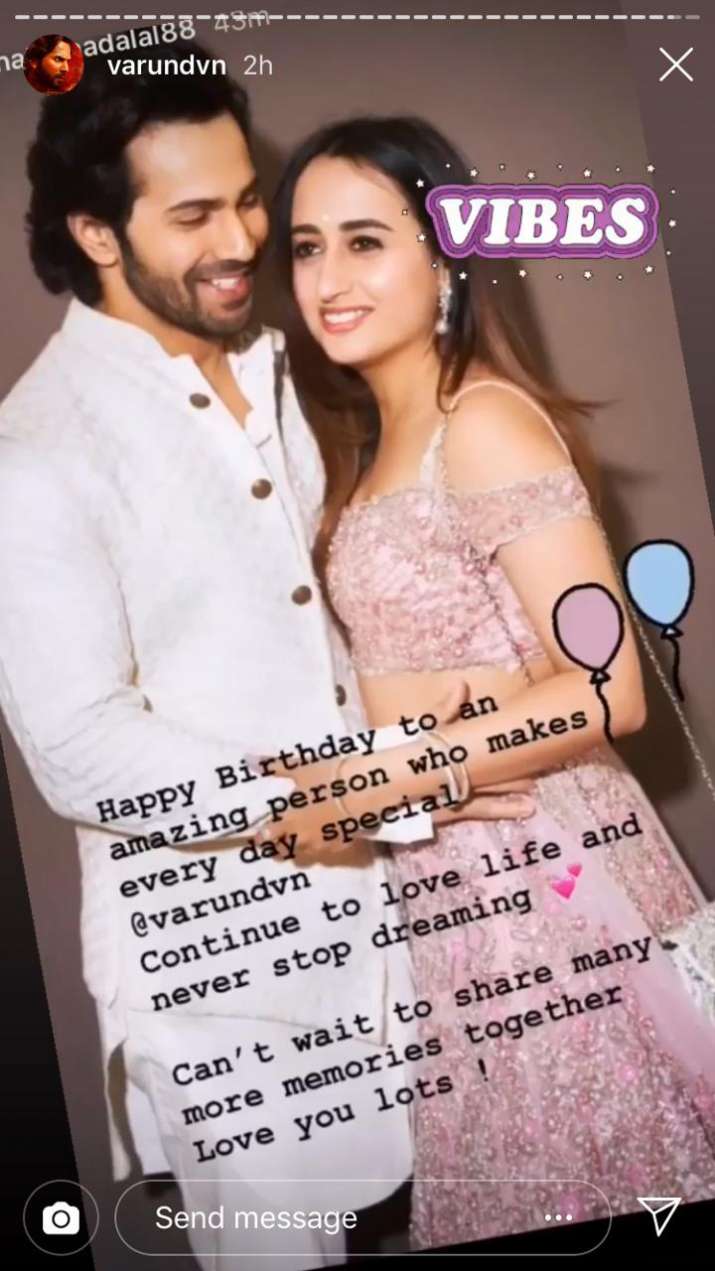 Varun has been in a relationship with Natasha for quite some time, but kept his personal life guarded. It was only recently that he started opening up about his equation with Natasha. "I'm with her because she has her own individuality, she has her own voice which is super strong with things she wants to do and things she wants to achieve in life," Varun said when he appeared on an episode of "Koffee with Karan" season 6. "And, as her partner, that is something I want to support. And, she has been so supportive where my career is concerned, always, from day one actually," he added.

Recently. It was rumoured that the couple is planning to get married this year. However, Varun Dhawan while promoting his film Kalank rubbished the rumours. He said, “It’s not going to happen this year. I’m not saying I won’t get married but it’s not this soon. If I’m doing all these movies, I need to find the right time for that.” And when Varun was quizzed about Natasha and his relationship with her, he had said, “Natasha and I went to school together. So, she knows my parents since ages. She’s been attending functions with my parents before also but it wasn’t photographed then. She’s my rock, she’s my anchor. She’s the stabilizing factor in my life. It’s pretty much like family.”

On the professional front, Varun Dhawan will be seen in Remo D’souza’s Street Dancer and also has father David Dhawan’s Coolie No. 1 remake in the pipeline. In the film, the actor will be seen romancing Sara Ali Khan.