Boney Kapoor recounted the making of the song 'Kaante nahin kat te', which was picturized on his brother Anil and late wife Sridevi.

In a list of top songs of Sridevi, it would be hard to miss "Kaante nahin kat te". Getting her to wear a chiffon sari and a breeze adding to the drama was all a part of trying to make her look her most sensuous ever on-screen, says "Mr. India" producer Boney Kapoor. He had backed the 1987 film and is now eyeing a reboot with a fresh star cast. Boney Kapoor recounted the making of the song, which was picturized on his brother Anil and late wife Sridevi.

"We had initially thought of a set model for the song, but then we improvised... I provoked Shekhar (director Shekhar Kapur) that she (Sridevi) should look more sensuous than what anyone has looked before on-screen. She was quite sensuous in a song in 'Janbaaz' ('Har kisi ko nahi milta), so he took it up as a challenge," Kapoor told IANS.

"After the prodding, he (Shekhar) got this blue chiffon sari, and we used a big fan to create a breezy environment... Her hair was flying and the sari was clinging to the body. There was not an iota of skin show in it. Still, it remains a sensual song," he added. 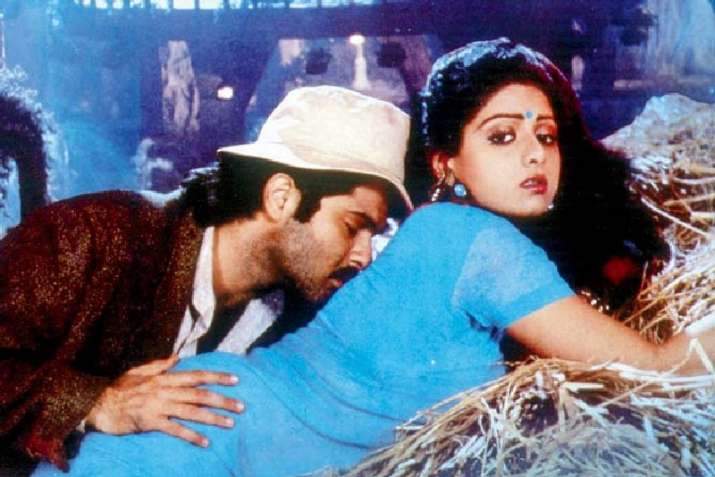 "Mr. India", a sci-fi entertainer which had a common man using an invisibility bracelet to fight evil in the society, has stood the test of time with its simple and entertaining story. Its songs by Laxmikant-Pyarelal, continue to be popular.

Kapoor says a part of the iconic "Hawaa hawaai" song happened because he had loved a song from "Jewel Thief".

"It had an extension of 8 to 10 beats... I urged Laxmikant-Pyarelalji to extend the dance portion towards the end, and they readily obliged. So, you see the end portion of the song has Sri doing vigorous dance movement. Saroj Khan had choreographed it, and she had played a huge role in creating these iconic songs."