Coach Uttam Majumdar says Ishan's selection into the Team India T20 squad is the dividend of his hard work that he put in over 18 years.

Ishan Kishan meteoric rise in Indian cricket has been palpable. From being a sporadic performer to being a consistent match-winner, the young Jharkhand batsman grew from strength to strength and is visibly a much-improved player since he made his IPL debut for now-defunct Gujarat Lions back in 2016.

His yesterday's blistering knock of 174 in mere 94 deliveries couldn't have come at the right time when the 22-year-old batsman was finally picked for Team India T20 squad that too when we are months away from the T20 World Cup to be hosted by India.

Speaking to Indiatvnews.com while celebrating his selection, Ishan's personal coach Uttam Majumdar said him getting selected for the Indian team was the dividend of the hard work the duo did over the last 18 years of training.

"I got very emotional after Ishan's selection and we spoke soon after," said Majumdar, who trains young cricketers in Delhi. "I vividly remember that back in 2002 when his father brought him to me and I bowled him at the nets, I knew he is an exceptional talent and will play for India one day. He worked really hard and what he has achieved today is his hard work over 18 years and has only made me proud." 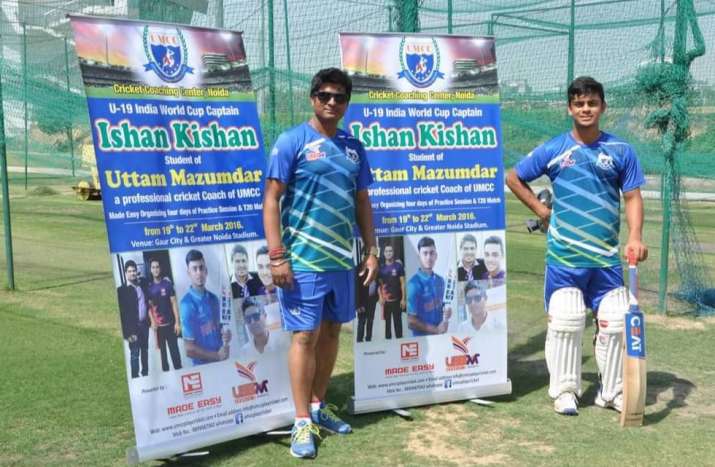 The coach further gave an insight into how Ishan turned into a consistent performer, something that fans saw during IPL 2020.

"Ishan really worked hard on his mental strength during the COVID-19 lockdown. He has also played a lot of cricket over the years and that has made him more mature in his batting approach. That's the reason why he is playing so many long innings," Majumdar said.

The coach also credited his former India A and U-19 coach Rahul Dravid for bringing key changes to his game.

"Ishan got to learn a lot from Rahul Dravid at the National Cricket Academy (Bangalore). This brought a lot of changes to his game and that's why I want to credit Dravid for making Ishan a better player," he said.