NEOWISE Comet in India: Photos, videos and all you need to know

NEOWISE Comet: Stargazers in India will be able to witness the C/2020 F3 comet, or NEOWISE, July 14 onward. The comet will be visible to the naked for around 20 minutes every day for 20 days.

NEOWISE Comet: Stargazers in India will be able to witness the C/2020 F3 comet, or NEOWISE, July 14 onward. The comet will be visible to the naked for around 20 minutes every day for 20 days. The comet, soaring across the solar system, was discovered by NASA's Near-Earth Wide-Field Infrared Survey Explorer (NEOWISE) telescope in March. It is expected to come closest to Earth on July 22-23. On the day, the comet, which takes 6,800 years to complete one lap around its orbit, will be at a distance of 64 million miles of 103 million kilometers while crossing Earth's outside orbit.

The comet was closest to the sun at 43 million km on July 3. The comet cruised inside Mercury's orbit and its outer layer was released creating an atmosphere, referred to as coma, of gas and dust from its icy surface. 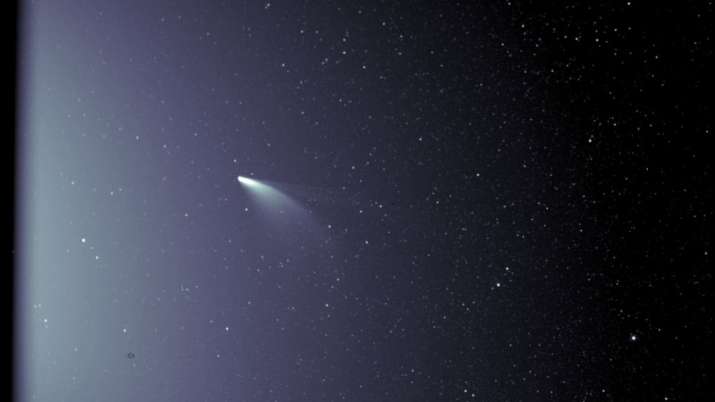 How to watch NEOWISE comet

According to NASA, the comet is relatively easy to observe with binoculars or a small telescope, provided you have a clear view toward the horizon. (It's no Hale-Bopp, for those who remember the great comet of 1997, but definitely visible.) As of July 7, the comet was easily seen through binoculars, with some observers able to see it with unaided eyes.

The space agency said it is impossible to know if this will be easy to spot it since comets are notoriously unpredictable. If it does, NASA said, it should become easier for more people to observe as July goes on. Its closest approach to Earth will be on July 22, at a distance of about 64 million miles (103 million kilometers).

Through about the middle of the month, the comet is visible around 10 degrees above the northeastern horizon (the width of your outstretched fist) in the hour before dawn. From mid-July on, it's best viewed as an evening object, rising increasingly higher above the northwestern horizon. (Note that observers at lower latitudes will see the comet lower in the sky, while it will appear higher for observers farther north.)

The comet survived its recent closest approach to the Sun, and is now headed back toward the outer solar system, where it travels to a farthest distance of 715 astronomical units, or AU, from the Sun. (For comparison, Earth orbits at 1 AU, Jupiter at 5 AU, and Neptune at 30 AU.)

The comet takes about 6,800 years to make one lap around its long, stretched out orbit, so it won't visit the inner solar system again for many thousands of years.

WHEN COMET NEOWISE LIT UP SKIES IN FRANCE 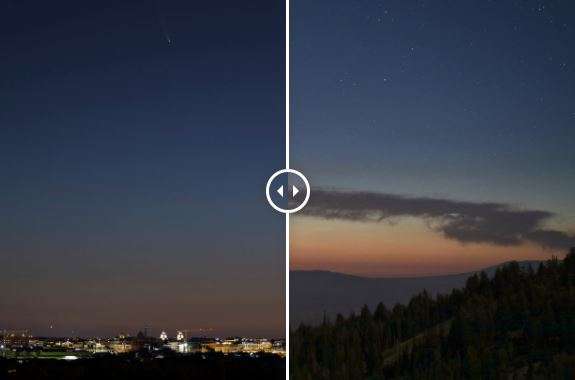