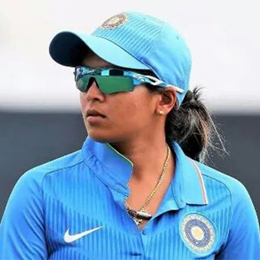 Veda Krishnamurthy, the backbone of Indian women's team middle-order, broke into the Karnataka senior team at the age of 13 and became an integral part of it in no time. The fittest among all in the Indian camp, Veda impressed the spectators the most with her impeccable fielding. Having played 53 T20Is for India, Veda has 647 runs to her name with a half-century as her career-best knock.

I believe destiny is in India's favour: Krishnamurthy on Women's T20 WC final

India will have a psychological advantage going into the final as they had stunned the defending champions by 17 runs in the tournament opener.

We can't be complacent, need to focus against Bangladesh: Veda Krishnamurthy

Indian batsman Veda Krishnamurthy has urged her teammates to not be complacent after victory against Australia in the opener of the T20 World Cup.

Not playing much under the lights is the reason we drop catches, says Veda Krishnamurthy

Krishnamurthy urged the BCCI to schedule more matches under lights so that the players can acclimatise with all playing conditions. Most of the women's matches are scheduled during the day.

Virat Kohli, Mithali Raj, Harmanpreet Kaur and others to feature in a mixed-gender T20 exhibition match

Kaur confirmed the news on her Twitter page by posting a promotional video of the same.

The New Zealand tour will be the team's first assignment after its controversial exit from the World T20 last month when it lost to England in the semi-finals.

Explosive batswoman Harmanpreet Kaur will lead a 15-member Indian team, eyeing a maiden World T20 title. As the ICC Women's World T20 2018 approaches near, here is all you need to know about the India women's squad players.

After picking up a brilliant catch to send Australia’s in-form batter Beth Mooney back to the pavilion, Veda Krishnamurthy celebrated the dismissal in the iconic Shahid Afridi style.