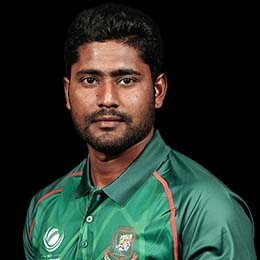 Imrul Kayes became an instant hit after his impressive debut season in first-class cricket and broke into the international scene in 2008. He initially struggled as an opener for a while but made his breakthrough in 2011.2011. Despite being kept in the reserve squad for a while, he decided to hone his skills in first-class cricket and returned as a well-polished player in 2014 and has been a regular in Test cricket. His performances in the shorter format have been patchy and has really never been considered for white ball cricket after a few unimpressive performances. He has three hundreds to his name in Test cricket and four in ODIs.