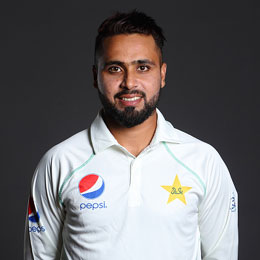 The Kasur born player started his career as a promising fast bowler but later skipper Sarfraz Ahmed discovered his batting skills also and he turned into an all-rounder, Ashraf has the ability to clear the boundary rope with his sheer power-hitting capabilities. In his debut match against Sri Lanka in 2017 the right arm fast bowler picked 2 wickets in a one-sided victory over the neighbouring nation. Tauseef Ahmed was his mentor in his young cricketing days and helped him improve his batting skills.

Ashraf and Shinwari had recently signed up for the upcoming season of the Big Bash League (BBL).

Usman Shinwari was called up by Pakistan for their ongoing Test series against Sri Lanka while Faheem Ashraf has been recalled by his local club and is now unavailable.