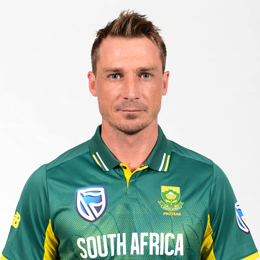 Unarguably the finest bowler of his generation, Dale Steyn made a name for himself with his fiery pace combined with a deadly outswinger to go along with his aggressive celebrations. He has led the Protea attack for a number of years now but carries the pain of bowling the final over of his side's campaign at the 2015 World Cup that saw New Zealand's Grant Elliot knock them out with a six. Now 35, and struggling with injuries, Steyn will have to work hard on his fitness if he wants to realise his long-cherished dream of winning the Cup. Initial omens are looking good for him as he made a comeback to South African colours this year after a lengthy lay-off period meaning that he is still part of South Africa's plans heading into the 2019 WC.