WHO, UNICEF call for 'humanitarian airbridge' to allow delivery of aid to Afghanistan

The agencies said that, even before the Taliban's recent takeover of Afghanistan, the country required the world's third-largest humanitarian operation, with more than 18 million people needing help.

The World Health Organisation and UNICEF are calling for a “humanitarian airbridge” to be set up immediately to allow the unhindered delivery of medicines and other aid supplies to Afghanistan. The two UN agencies said in a statement Sunday that they are “committed to stay and deliver for the people of Afghanistan.”

But they added that “with no commercial aircraft currently permitted to land in Kabul, we have no way to get supplies into the country and to those in need.”

They noted that other humanitarian agencies face similar problems.

The agencies said that, even before the Taliban's recent takeover of Afghanistan, the country required the world's third-largest humanitarian operation, with more than 18 million people needing help.

They said that while the main focus in recent days has been the evacuation of foreigners and vulnerable Afghans, “the massive humanitarian needs facing the majority of the population should not -- and cannot -- be neglected.

What WHO said on humanitarian crisis in Afghanistan

Meanwhile, the World Health Organization (WHO) has also raised an alarm regarding the healthcare situation in Afghanistan, where conflict has left countless people vulnerable to hunger and illnesses. According to a report with the Voice of America (VOA), the WHO has said one-third of the population is facing acute hunger and more than half of all children under age five are malnourished. The current drought is expected to worsen an already dire situation, it further said. 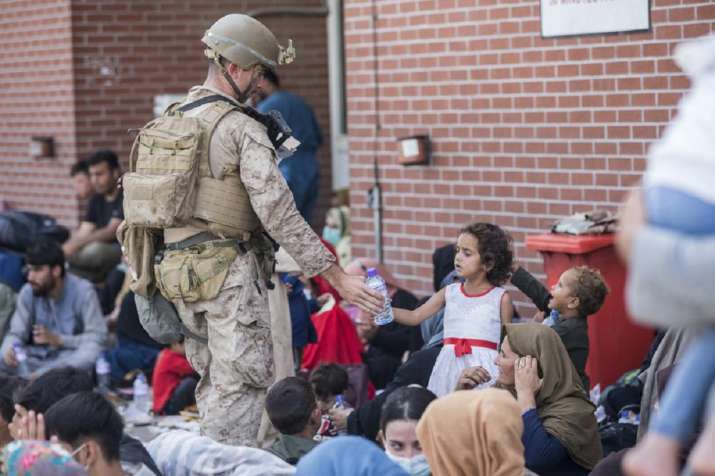 "Continuity of health services must continue without interruption across the country, with a focus on ensuring women have access to female health-workers...Most major health facilities are functional. And this is based on provincial-level field monitoring. Health workers have been called to return to or to remain at their posts, including female health staff," said WHO spokesperson Tarik Jasarevic.

UNHCR, the UN refugee agency, has expressed concern about the prevailing humanitarian needs within Afghanistan and urged for continuous support to ensure necessary assistance in the country.

European countries, as well as Turkey, fear the sudden return of Taliban rule in Afghanistan could change that. Haunted by a 2015 migration crisis fueled by the Syrian war, European leaders desperately want to avoid another large-scale influx of refugees and migrants from Afghanistan.

Except for those who helped Western forces in the country’s two-decade war, the message to Afghans considering fleeing to Europe is: If you must leave, go to neighboring countries, but don’t come here.

“It must be our goal to keep the majority of the people in the region,” Austrian Interior Minister Karl Nehammer said this week, echoing what many European leaders say.

European Union officials told a meeting of interior ministers this week that the most important lesson from 2015 was not to leave Afghans to their own devices, and that without urgent humanitarian help they will start moving, according to a confidential German diplomatic memo.