What is happening in Guinea - All you need to know

The country's borders were closed down, and the constitution was declared invalid in the announcement read aloud on state television by Army Col. Mamadi Doumbouya. He told the Guineans, “The duty of a soldier is to save the country.” What led to these events?

In a dramatic turn of events in Guinea on Sunday, September 5, President Alpha Condé was ousted following a military coup.  Gunshots were heard outside the presidential palace and later Lieutenant-Colonel Mamady Doumbouya, draped in the Guinean flag, appeared in a press conference and announced the dissolution of the government.

The country's borders were closed down, and the constitution was declared invalid in the announcement read aloud on state television by army Col. Mamadi Doumbouya. He told the Guineans, “The duty of a soldier is to save the country.”

But what led to these events?

This isn't the first military coup Guinea has witnessed

Since Guinea marched its way into independence in 1958, the citizens of the West African country have gone through two military takeovers.

Lansana Conte took over control of the country in 1984 after the first post-independence leader, Ahmed Sékou Touré died. He remained in power until he died in 2008. Soon after his death, he was accused of siphoning off the country's coffers to his friends and family. The country then witnessed its first military coup.

The second coup was followed by Army Capt. Moussa "Dadis" Camara taking charge. He later went into exile after surviving an assassination attempt, and a transitional government later organized the first 'democratic' election in 2010 that Conde won.

What is happening in Guinea now?

On September 5, the Guinean authorities said that the presidential palace had been attacked by rebels, who announced that they had captured the country's President Alpha Conde.

Mutinous soldiers in the West African nation of Guinea detained the President after hours of heavy gunfire rang out near the presidential palace in the capital, then announced on state television that the government had been dissolved in an apparent coup d’etat.

Draped in the country's flag, Col. Mamady Doumbouya addressed the nation in a press conference and announced that the government has been dissolved, and the President has been detained.

The country’s borders are closed and its constitution was declared invalid in the announcement read aloud on state television by army Col. Mamadi Doumbouya, who told Guineans: “The duty of a soldier is to save the country.” 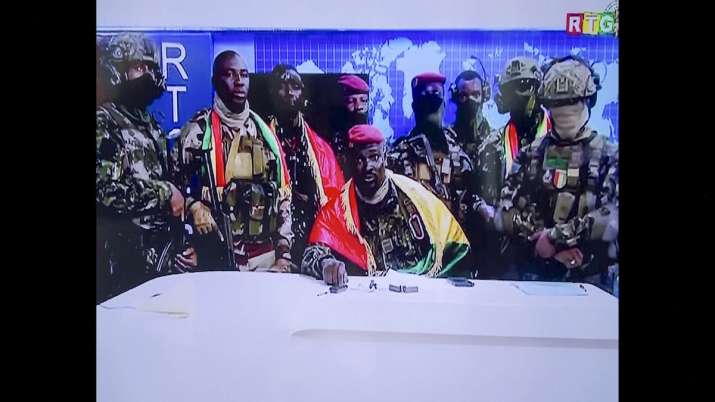 President Conde's whereabouts had been unknown to the public until hours later when a video of the 83-year-old president started floating around the internet where he was seen amid armed soldiers wearing a buttoned-down shirt and jeans. Army chief Doumbouya said Conde was in a safe place and had seen a doctor. 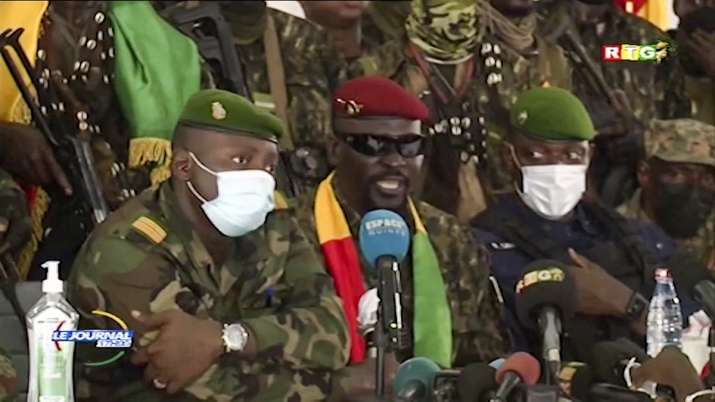 According to the Associated Press, Guinea's new military rulers have released dozens of political prisoners jailed by the previous civilian government, in a move likely to win them favor with the opposition that had protested against now-deposed President Alpha Conde.

Who is President Alpha Conde - the reason for the recent coup

President Alpha Conde was elected in 2010 when he won 58% of the votes out of 1 million. Despite opposition protesting the election and claiming it was 'rigged', the president stayed in power, only to be ousted later.

Things took a violent turn in the country as Conde decided to be President for another term, claiming that the term limits and constitution do not apply to him.

The Army colonel who addressed the press conference stated that mismanagement, bad governance, and corruption were the reasons for the coup.

After winning his first election, Conde narrowly escaped an assassination attempt after his house was surrounded by gunmen. Rocket-propelled grenades landed inside the compound that killed one of his bodyguards.

Violent street demonstrations, however, broke out last year after Conde organized a referendum to modify the constitution in March. The opposition criticized the move, and the nation was in turmoil. The unrest intensified after he won the October election, and the opposition said dozens were killed during the crisis. 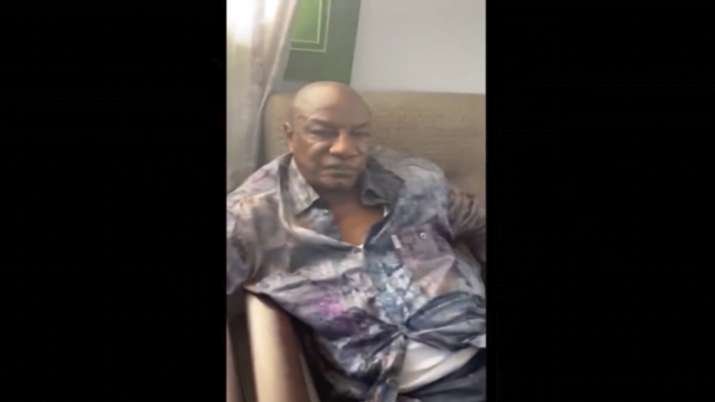 Col. Mamady Doumbouya, after detaining the president captured the nation's attention when he said, “We are no longer going to entrust politics to one man, we are going to entrust it to the people. We come only for that.”

The self-anointed leader of Guinea has a long history of war, and he is now only the second youngest leader of any African state. He has promised the country that democracy would be restored, and a 'Union' government would be formed.

After serving in the French foreign legion for several years, Col Doumbouya was asked by Mr Condé to return to Guinea to lead the newly established elite Special Forces Group (GFS) in 2018.

Col. Mamady Doumbouya, in Conakry, met with ambassadors and representatives of different countries, including China, Russia, the United States, Turkey, France and Sierra Leone on Wednesday.

According to Guinean state TV, during the meeting Doumbouya said that the country will respect all its international commitments, stressing the importance of keeping up good relations and cooperation with other countries to bring peace and development to Guinea.

Doumbouya assured the foreign representatives that they will preserve the dignity and physical integrity of Conde, who remains in the custody of the junta. 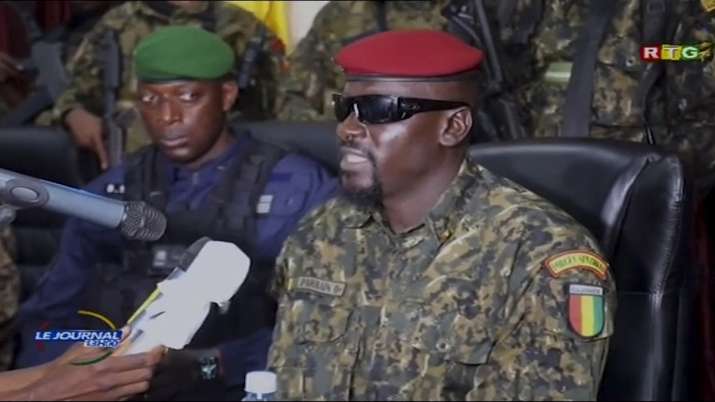 How is the world responding to the coup?

The people of Guinea took their happiness to the streets when the President Conde was detained.

However, the African Union expressed distress over the detainment of the President. West African regional bloc known as ECOWAS has threatened economic sanctions against Guinea if he is not released.

“The authorities expressed deep concern over the coup d’etat of September 5, 2021, and their consequences for regional peace and stability,” according to a communique issued after a virtual summit of the region's leaders. ECOWAS reaffirmed its opposition to any “political changes by unconstitutional means and condemn in strongest terms, this coup.”

"I strongly condemn any takeover of the government by force of the gun and call for the immediate release of President Alpha Conde," tweeted United Nations Secretary-General António Guterres on Sunday.

ALSO READ | What is Pakistan upto in Kabul? EXPLAINED

What's next for the country?

With the President detained, a new constitution coming into place, and the country falling into a military coup, there is no right answer for the question - What is next for Guinea.

Some people are celebrating the military takeover in the country, while some question if there will ever be a chance for democracy. Typically, African Union suspends a country's membership once there is a coup.

However, there is hope for a new constitution in the country as the military promises to rewrite the amendments.

ALSO READ | Women can't be minister, they should give birth: Taliban on no female in new Afghanistan govt