Supermodel of the Year 2: Defeating semi-finalists Eksha Subba and Swapna Priyadarshini, Roshni Dada lifted the trophy along with a cheque of INR 5 Lakh at the grand finale of the 2nd season. The show this season was judged by the glamourous and best in business-- Malaika Arora, Milind Soman and Anusha Dandekar.

The illuminating grand finale of of Supermodel of the Year Season 2 bestowed the satisfaction of being ‘Unapologetically You’ when the most promising model Roshni Dada from Arunachal Pradesh lifted the winning trophy. The former Miss Arunachal Pradesh beat Sikkim’s Super Cop – Eksha Subba and Odisha’s model – Swapna Priyadarshini to win the title of MTV Supermodel of the Year Season 2 basis the finale shoot, ramp walk and the overall journey, judged by the glamourous and best in business – Malaika Arora, Milind Soman, Anusha Dandekar and Masaba Gupta. The finale episode was a perfect blend of sass, spice, fashion, and all things entertainment!

Right from being a modern Indian bride and breaking stereotypes to walking the ramp with the fiery Drag Queens, the show’s grand finale took the viewers through an enlivening journey of the strenuous competition. Roshni came in as a timid and hesitant contestant who got a lot of feedback from the esteemed panel on how to be confident and self-sufficient in order to spread her charismatic aura. It was the fire shoot which shot her confidence as her photos struck the judges like old magic!

And since then she hasn’t looked back! During the run of the show, she topped the chart twice to gain two Livon Supermodel badges. In the grand finale, Roshni lifted the Supermodel trophy, got a cheque of INR 5 Lakh and the guest panelist Masaba Gupta announced her as the face of her beauty collection. 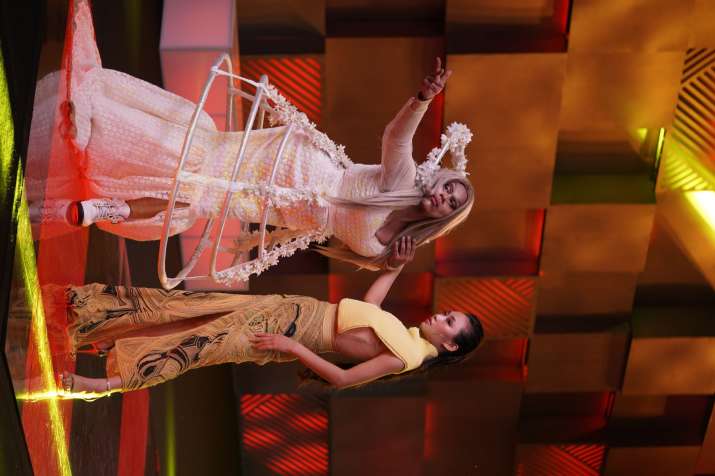 On winning the show, Roshni Dada said, “Winning the title of MTV Supermodel of the Year Season 2 is like a dream come true moment for me. Today, I’m beaming with confidence while being unabashedly myself and ready to take over the world. Amidst all the odds and where I come from, I never thought I will come this far but I’ve learned to stay strong focusing graciously on my own journey. I owe it to my amazing competitors, Anusha Ma’am, and Milind Sir’s guidance for all the creative shoots and Malaika Ma’am’s inspirational words that pumped all the confidence in me. I learnt something new about me every day and that has been the most special part about this journey, it has been a pocket full of memorable experiences. The wonderful judges always asked me to be unapologetically myself, which I think is the ultimate blessing and I really owe my success to them.”

Post the mesmerizing finale, the ever-gorgeous judge Malaika Arora said, “Season 2 of MTV Supermodel of the Year was special in many ways. While fashion, style and the beauty quotient unfolded in unique forms, the idea of being ‘Unapologetically You’ made us witness the true potential and diversity of all the supermodels. We embarked on this journey with fifteen gorgeous women who came in shredding reticence, and it is commendable to see them confident, unabashed and all set to conquer the world.  Roshni came in with a lot of grit and charm and I’ve always been in complete awe of her. And as I’ve always said in the show, I would want Roshni and the fellow models to keep their Makeup, Stilettos, Head, Ambition and Confidence high to rule the world.”

As someone who has come from an orthodox and patriarchal society, Roshni made her way to winning the title and established that the biggest power you can hold is to be “Unapologetically Yourselves”. Supermodel of the Year 2 brought the theme to life, with an important message that it’s time we stop shaming ourselves for our choices and belief! It’s time to go rock the world and be the unabashed you!