Splitsvilla X3: Since the beginning, the viewers have seen rising conflicts and connections and it is quite visible that two groups have been formed in order to survive in Sunny Leone and Rannvijay Singha's show. Post the dramatic revelation from the Oracle, the dynamics of the game have changed. Here's what you will witness this Saturday!

It’s time for Episode 4 of MTV Splitsvilla X3 and we already see the tables turning! Since the beginning, the viewers have seen rising conflicts and connections and it is quite visible that two groups have been formed in order to survive in Sunny Leone and Rannvijay Singha's show. Post the dramatic revelation from the Oracle that Vyomesh and Bhoomika are not an ideal couple, the dynamics of the game have changed which evidently makes Arushi happy. Vyomesh stands without a connection in the Gold Villa and Arushi is all set to have him by her side. Bhoomika will be seen moving in the Silver Villa post the dome session.

The episode sees Rannvijay introducing the first Silver Opportunity Challenge – “Musical Hug Tug”, where the hunks would be the chairs and the chicas will have to play our favorite musical chairs by ultimately hugging a guy when the music stops. The girl who would be left out will ultimately nominate two guys for a tug of war. At every round, one girl and one guy will be eliminated from the task and the rounds will go on till we have a pair surviving till the end.

The Golden Villa connections, however, will not be a part of the task, leaving 7 guys and 10 girls in this challenge? Strange, right? It gets interesting from here on! In order to balance the number, we will see the girls voting on who they think should not participate in the task. What will the result of this voting would be? Wait for Saturday to find out! 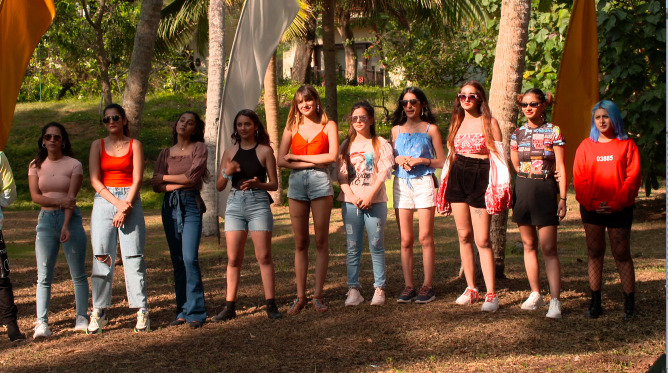 What will also draw attention in this week’s episode is Azma’s nasty game plan, which is not going down well with other girls in the villa! With zero connections till now, Azma has invited a host of criticism towards her already! Would she survive or end up in the dumping zone like last time? Keep your eye out this weekend to know it all.

While we’ve seen some potential connections till now, this episode will see a lot of them crumbling down. Till now in the game, Kat-Kevin, Nikhil-Pallak, Shivam-Riya, Jay-Aditi, Dhruv-Nikita, Samarthya-Janvi, Gary-Avantika and Trevon-Samruddhi have been rock solid, but much to our dismay, this week’s episode will see some of the foundations hitting a rocky patch! 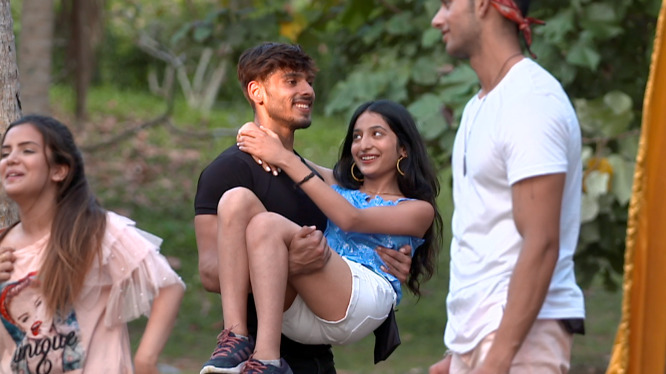 The two groups this time will have the perfect chance to fight each other out in the task. Will the gap be bridged between the contestants? Would the task call for a big change? What will happen to Vyomesh-Bhoomika-Arushi’s love triangle? Too many questions!  Tune in to MTV Splitsvilla X3, this Saturday at 7 PM only on MTV, to find out all the answers.