Throwback Video: Sunil Grover as Jaspal Bhatti's servant will leave you in splits

Popular comedian and actor Sunil Grover has proved his mettle many times. The actor who was last seen in Salman Khan and Katrina Kaif starrer Bharat has been in the industry for many years. While he rose to fame with his character Palak in the comedy show Comedy Nights with Kapil, he has been doing shows and stand-up comedy for a long time. Since it is Throwback Thursday today, we have dug out a hilarious old video of Sunil Grover in which he has played the role of a servant.

Sunil Grover, in the beginning of his career, had played many small roles in TV shows and videos for publicity’s sake. The actor played a servant in popular comedian Jaspal Bhatt’s show called Full Tension. The show was based on the comedian’s views on daily situations and he used to portray it in his unique humorous manner. In one of the episodes, Sunil Grover played his servant and aced it like every time. Watch the video here-

Recently, Sunil Grover left the fans excited when his ‘timepass’ tweet hinted at his comeback on Kapil Sharma’s The Kapil Sharma Show. He wrote, "Everything is going to come. Nothing is going to stay forever . So Just have  gratitude. That is the key. And yes, laugh a lot baaki ... mere husband mujhko" Soon after the tweet surfaced on the internet, fans went berserk about it and assumed that he is making a comeback as much-loved character Rinku Bhabhi.

However, the comedian rubbished the news immediately. While talking to Hindustan Times, Sunil cleared the air and said, “I don’t know why people are speculating this because my tweet doesn’t hint anything like that. There’s no truth in it at all. It’s not happening. Yes, fans comment on my tweet to come back but from those comments, you can’t make it speculative news.” 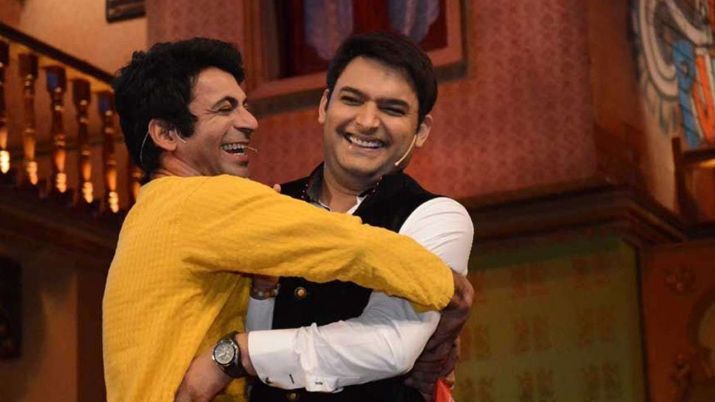 On the related note, Sunil Grover left The Kapil Sharma Show after his ugly spat with Kapil mid-air. The two comedians didn’t talk to each other for a long time but it is said that now things are good between them.